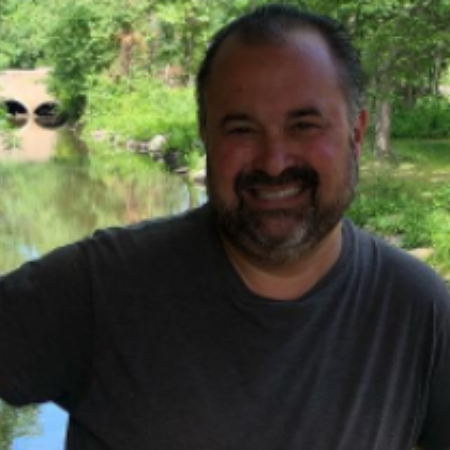 The co-star of the History Channel Network show American Pickers, Frank Fritz has become popular in the eyes of viewers around the world owing to his show. He is also known for his work in American Pickers: Best Of and American Dad!

Frank Fritz was born on October 11, 1965, in Davenport, Iowa, United States. He is the son of Susan Zirbes and Bill Fritz. He spent most of his early days growing up in his hometown Davenport along with his family. He belongs to the American nationality and regarding his ethnicity, he is a White American.

He was friends with his co-star of the American Picker’s Mike Wolfe. Their shared interest in collecting and renovating new things made them friends in junior high school. Further details on his educational qualifications and early life are missing. He is a charming personality and has brown hair and brown eyes.

As a child too, Fritz was interested in collecting rocks and old can beers. His interest shifted to vintage cars and toys and motors as he grew up.

His interest grew so much that he decided to leave his previous job as a safety and fire inspector to pick up his interest to collect old things full time.

Mike and Fritz’s show American Pickers started to air on the History channel network in 2010. The debut show attracted over 3 million viewers and owing to its good start, it has been denoted to be one of the top-ranked shows being portrayed on the History Channel.

The show’s viewers have occasionally risen to about 5 million per episode at times. The show is a documentary-type show with the pair being shown to search old barns, garages, buildings, and farms for old renewable treasures. 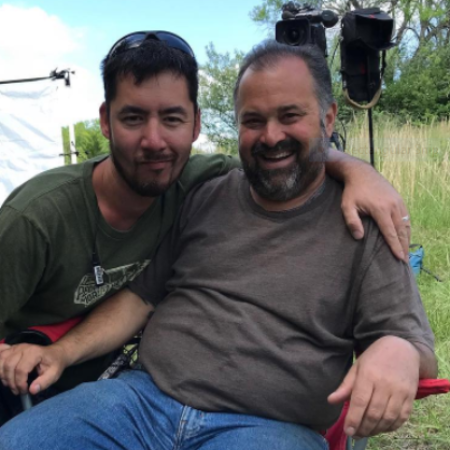 This pair has also opened the shop Antique Archeology together. This shop is located in two locations, Tennessee and Iowa. The shop is opened to clean up and refurbish the items they have collected through their adventures.

The shop sells these refurbished items to customers. The pair traveled to various locations around the United States usually thousands of miles.

Their field of expertise is in the mid-west and the south. The popularity of the shop is huge and the net worth of both Mike and Frank has increased considerably due to this business.

The nationality of Frank is American while he is of white ethnicity and is a Christian. He has never been married and doesn’t seem to be probably doing so any time soon. He doesn’t have a girlfriend and hence it has been speculated that his sexuality is gay.

As no news has come up to confirm or deny his sexuality, the speculations have grown even more so. Though the media personality hasn't been captured by anyone and nothing has been revealed regarding his love life, Fritz shares a healthy relationship with his friends.

The has tattoos across his chest and arms now ... Frank Fritz tends to keep a low profile. Even in the aftermath of the History drama.

The tv-personality had a net worth of $3 million a few years back owing to his popularity on the show and due to his business in Antique Archeology. He has also worked for many well-known shows which is also a major part of his net worth. As of 2022, the actor seems to have around $6 Million.

He is a foodie and has stated that he loves to eat anything that is edible as can be evidently seen from the size of his body. The show and his shop are both getting popular by the day.

Related, What Is American Actor William Devane's Net Worth?