Daniel Radcliffe engaged to longtime girlfriend Erin Darke,Know All the Detail about her Affairs 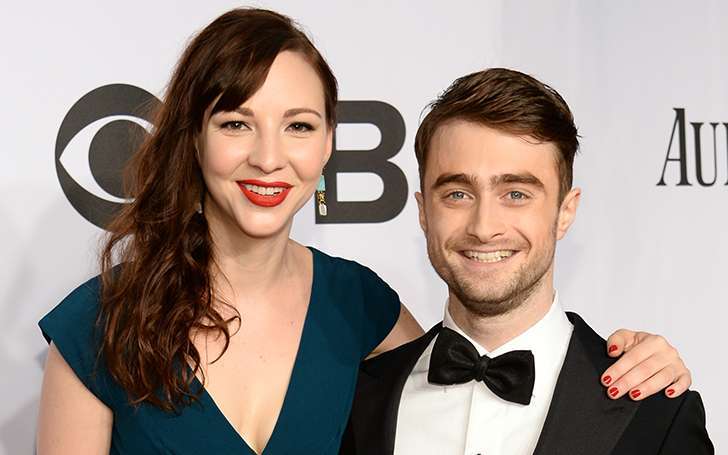 Daniel Radcliffe, the famous English actor is now engaged to his long-term girlfriend Erin Drake. The couple is alleged to have engaged before few months. Has he got engaged indeed? Let's know about it.

The 30-year-old British actor Radcliffe has been in the relationship with his girlfriend Erin for over six years now. Are they planning for their marriage in the near future?

After meeting on the set of Kill Your Darlings, actor Radcliffe started dating an American actress Darke in 2012. Two years later in mid-2014, there were some rumors regarding the engagement of these two lovebirds but a few months later Erin's father Ian Darke denied the fact. So fans still remain doubtful on their recent engagement news.

But this time, their engagement news seems true, though they haven't officially announced it. As per the British tabloid site Star Magazine, the Harry Potter star asked his girlfriend of five years Erin, 28, to marry her in March 2017. Despite Daniel's reps has been denying the fact consistently, many sources told the Star magazine about the couple's alleged ring shopping outings.

Daniel Radcliffe and Erin Darke on a shopping

An insider told Daniel recently took his girlfriend to the ring shopping. They added, "They've been talking about the marriage for a while now and thought this was something worth splurging on."

Daniel Radcliffe and Erin Darke spending their free time together

On the other hand, some other reliable sites have mentioned that their engagement news is completely fake. So, to reach any conclusive decision, we must wait until the pair come out and speak about it.

As we mentioned above, the Harry Potter star Radcliffe and Good Girls Revolt actress Darke have been in a relationship for around six years.

During their five years of relationship, they've shared a lot of romantic times together. They've always been a loving couple and until now there is no rumor and news about their feud.

They frequently go to date whenever they are free. We've frequently seen the lovebirds sharing their romantic time together in various spots around the world. Their relationship has become even deeper after the actress joined the show 'Good Girls Revolt.'

After she became the lead cast of the show in 2015, they have dated frequently around the famous dating spots around the United States. In August 2016, Radcliffe was spotted enjoying his time with his love Erin in downtown Manhattan. Likewise in November that year, he was seen on a romantic coffee date with her in New York City.

Daniel Radcliffe and Erin Darke in a coffee date

Well, after being together as a girlfriend-boyfriend for five long years, they haven't still made their mind to tie the knot. They might be still considering that they have enough time to think about it. But their fans are desperately waiting for the day.