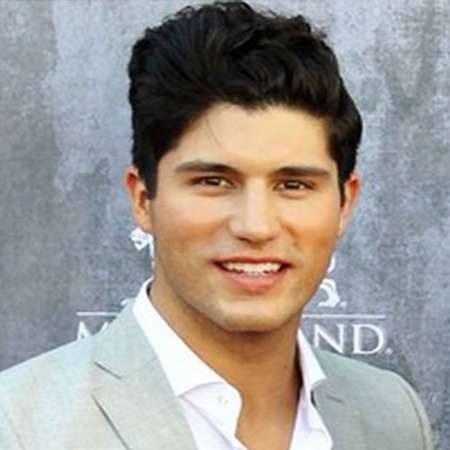 Dan Smyers is an American country music vocalist and songwriter. He is widely known as one of the duo Dan + Shay. Smyers rose to fame with the 2013 release of his band's, the United States Country Music Chart #7-rated hit, "19 You + Me." His group's debut record, 'Where It All Began, was released in 2014.

Dan Smyers was born on  16 August 1987, in Wexford, Pennsylvania. He belongs to white ethnicity and holds an American nationality.

The 29-year old Dan Smyers music career began in 2013 after he formed a band in a collaboration with James Shay Mooney. The first song that they ever wrote together got put on hold for Rascal Flatts. After two months the duo had multiple publishing offers and signed with Warner/Chappell Music.

On October 14, 2013, the debut single "19 You + Me" was added to country radio. Dan + Shay wrote the song with Danny Orton and received a positive evaluation at the Taste of Country which was praised as "warm details and emotion".

Their debut album Where It All Began was released on April 1, 2014, which Orton produced with Scott Hendricks. He also released "Show You Off" in-country radio on May 12, 2014, as the album's second single.

The duo also received the 2014 Academy of Country Music Awards Vocal Duo of the Year nomination.

The album's third single, "Nothing Like You" was released to country radio on February 23, 2015. It reached #1 on Country Airplay in December 2015.

In August 2015, the duo declared 'the Just The Right Kind of Crazy Tour' across the Midwest and the eastern United States.

Their soph 0re record's first single, "From The Ground Up," was released to country radio in February 2016. He also worked with Rascal Flatts and Kelly Clarkson.

Dan Smyers married his longtime girlfriend, Abby Law on 15 May 2017. Their wedding was held in Nashville, in the closeness of their families, band-mate Shay Mooney, and their three adopted dogs.

The duo first met in 2013 at an Animal Rescue Center in Nashville and dated for several years.  They engaged in November 2016 and got married. The couple loves dogs so much that they brought them to their wedding.

According to people, the bride wore a Galia Lahav Wedding gown while the bridegroom wore Hugo Boss' Tux.
After marriage, his wife, Abby shared her feelings via her Instagram,

The father to our canines. The keeper of my heart. The hardest working man I know. My best friend. My partner. My husband. Thank you for making my dreams come true and choosing me to walk beside you in this life. This weekend was unforgettable, thank you to our family and friends who were a part of it. Living a true dream.

Smyers and his spouse Abby have been together for nearly a couple of years.

Dan Smyers' Net Worth And Earnings

Dan Smyers earns a decent amount of money from his successful career as a singer as well as a songwriter which adds up his total net worth in millions.

His current net worth is calculated to be around $1 million and counting.