Dan+Shay's Dan Smyers Has Formed a New Partnership! Find out All About it Here 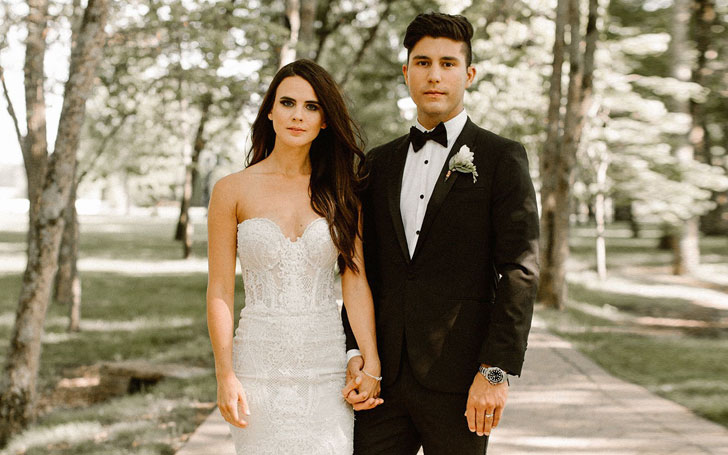 Dan Symers, one- half of the country music duo Dan+Shay  has joined another partnership on May 15! No, it's not a different band, Symers' partnership has to do with him marrying his longtime girlfriend Abby Law! The couple was engaged in November 2016.

The newly wedded couple is one of Hollywood's over the top dog lovers!  We think they could easily rival Miley Cyrus on this matter! Eager to get exclusive details on Dan Symers and Abby Law's marriage? We have all the information here!

Dan Symers married her longtime girlfriend Abby Law on May 15, 2017, the couple was engaged in November 2016.

Their wedding took place in Nashville, in the presence of their families, band-mate Shay Mooney, and their three adopted dogs.  Dan and her wife Abby love dogs so much they brought them in their wedding!

According to PEOPLE, The bride wore Galia Lahav Wedding gown while bridegroom wore Hugo Boss' Tux.
After marriage, Abby shared her feelings via her Instagram,

The father to our canines. The keeper of my heart. The hardest working man I know. My best friend. My partner. My husband. Thank you for making my dreams come true and choosing me to walk beside you in this life. This weekend was unforgettable, thank you to our family and friends who were a part of it. Living a true dream.

While we are on the topic of celebrations,  Dan Symers' band mate Mooney welcomed his child Aser James with his fiancee Hannah Billingsley, in late January this year!

Wouldn't have been our wedding without the most important members of the wedding party (sorry friends, we love you too). ????

Now, their fans want to see Shay's marriage, but he's already revealed that he doesn't have any plans to getting married anytime soon.

Dan and Abby's, The Love Story

Dan Symers and his now wife Abby Law first met in 2013 at an Animal Rescue Center in Nashville.The couple often volunteers and fosters dogs from the 'Proverbs 12:10 Animal Rescue.'

Volunteering later turned to a romantic relationship for this couple.They ended up getting engaged in October 2016 and their engagement was announced only in March 2017 via Abby's Instagram.

They are signed to  Warner Bros. Records Nashville and have released two albums, Where It All Began and Obsessed, which produced Top 40 singles on Hot Country Songs.

They founded their band in December 2012 and started writing and composing right after. The duo Dan+Shay released their single 'When I pray for you' for the movie The Shack in February 2017.

For updates on this post and other celebrity gossip and news, keep coming back to Article Bio.