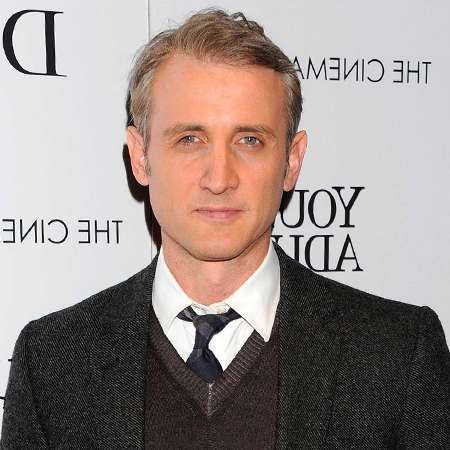 Dan Abrams is an eminent personality in the entertainment arena as an American television host, legal commentator, a prominent web entrepreneur and also an author. Dan has worked for many television stations now ending up as a co-anchor of Nightline and the Chief Legal Affairs Anchor for ABC News and also as the chief legal analyst for NBC News, an anchor and general manager of MSNBC. He is the owner of seven websites which deals with various subject matters and also owns Abrams Research which is a digital media strategy.

While he was still at Duke, Dan began anchoring newscasts on the channel Cable 13, run by the students. Dan also joined the fraternity Delta Tau Delta during his years at Duke. He received his Juris Doctor (JD) in 1992 from Columbia University Law School.

Dan Abrams began his journalism career working as a reporter for Court TV. While working there, he covered the OJ Simpson murder case,  the International War Crimes Tribune from the Netherlands and the assisted-suicide trails from Michigan of Dr. Jack Kevorkian.

Dan, later on, joined NBC  as a general assignment correspondent from 1997 to 1999. During that period he was named Chief Legal Correspondent. While he was reporting from NBC, Dan covered Bush v. Gore. Dan and his fellow correspondent Pete Williams were on the Supreme Court steps when the brochure was handed out and thus they became the first network correspondents to report the decision and the first network to air it live. Then in 2001, Dan began working as a host in his own show The Abrams Report at MSNBC Network.

He then accepted a managerial position at MSNBC and later on 12th June 2006 he was given the position of General Manager. Dan held the position till October 2007. He decided to concentrate fully on his 9 pm show Live with Dan Abrams which was a replacement for Scarborough Country after Joe Scarborough moved to mornings.

Later on 8th September 2008, the 9 pm slot was occupied by host Rachel Maddow for Air America Radio. Abrams went on to multitasking by working with NBC News including substituting as an anchor on the Today show.  Abrams left NBC in March 2011 and became a Legal Analyst for ABC News. Dan was also a substitute on Good Morning America.

Abrams has worked for many network stations which include The View, Good Morning America, ABC World News with Diane Sawyer, Nightline and also The Katie Couric Show all of which have been successful. Dan later on 19th June 2013 became an anchor of the show Nightline. He also received the prestigious title of Chief Legal Affairs Anchor for ABC News Network.

Dan Abrams has launched various news websites and has been successful in all the endeavors. His first news site was Mediaite which was launched in July 2009. The site featured various editorial substance and investigative ratings of media personalities. In the same month, he and Michael Lewittes launched another site named Gossip Cop which is a watchdog site which perambulates the celebrity gossip universe. This site also rates gossip rumors on a scale of 0-10, and it draws 1 million distinctive visitors per month.

Abrams first official flagship site Mediaite, Geekosystem was launched on 25th January 2010 which covered the geek culture including development in science, technology and internet memes and internet culture. Due to this slight nudge through the site, Abrams Media sites attracted over five million unique viewers per month.

Dan launched a new site named Styleite on 25th March 2010. The site is a sortie into the fashion world and it features both news as well as opinions regarding fashion. It ranks designers, models, writers and also others in the style business which is based on the influences and trends. In May 2010 Dan went on to launch another of his site named SportsGrid, mainly focusing on sports news, as the name suggests. It features sports news, video clips and other media tracking of both sports and the media that is surrounding it.

His next site named The Mary Sue was launched in 2011. This site is a sister site to Geekosystem which has a goal to highlight women in the geek world and helping the voices of geek women to be high flying. Another site similar to The Mary Sue is named The Jane Dough which explores the world of business through a female’s perspective and celebrates women who are prominent; it also calls out corporate/business sexism.

Then again Dan went on to launch a new website in May 2012 which emphasizes the lifestyle and personality of the world’s best-known chefs. Abrams Research, since its establishment, has been helping clients to develop their personal media strategies. Abrams announced in June 2010 that his organization would shift its focus by advertising businesses exclusively on digital media strategy as per the upcoming trend. Abrams has published many of his articles in many magazines including, Wall Street Journal, New York Times, USA Today, The American Lawyer and many more.

He has also written online articles for online magazines like Huffington Post and the Daily Beast and is a regular columnist for Men’s Health. Dan is the co-owner of White Street, a restaurant located in TriBeca.

Along with the name and fame, Abrams has also accumulated impressive net worth. As per Celebrity Net Worth, his total income is estimated to be around $16 million. His main source of income is his journalism career and besides that, he also earns few online sites and is also a best-selling author.

He is a co-owner of the restaurant White Street, located in Manhattan's Tribeca neighborhood.

In 2018 he has put his West Village Triplex in the sale for around $8.8 million. His house is made on  3,300-square-foot which featured 4 bedrooms and 3 bathrooms.

As of 2018, Dan Abrams is not married but is dating Florinka Pesenti who was a part of the winning team on The Amazing Race 3. The couple is together for many years and shares a child; a son named Everett Floyd Abrams. He was born on June 2012.

Sometimes your kid deserves to be in the doghouse #everett #pawpatrol

Prior, Abrams was engaged to Law & Order star Elisabeth Rohm and bought a home in the Hamptons before breaking up with her in 2005.