Canadian actor Damian Romeo took his acting passion into a paved road of prominence within a career span of 6 years. Professional since 2014, Romeo shot to TV fame after portraying Matt Press in the TV series Ginny & Georgia (2021) & records 12 acting credits so far. Aside from TV series, Damian appeared in numerous films such as The Haunt (2016), Cult of Nightmares (2020), and Believe in You (2020).

What Is Age And Height Of Damian Romeo?

While Damian has already grabbed the curiosity about his whereabouts & personal portfolio, he prefers to keep it low-key to some extent. Born in Canada, Romeo holds Canadian nationality but is yet to open up about his parents as well as his birth date. He has 2 brothers: Julian Romeo and Maximus Romeo.

Speculating through his photographs, Damian has a scar on his face but has not revealed its cause. Reportedly, he was an Infantry Soldier with the Canadian Armed Forces.

Damian Romeo made an on-screen debut through the short film Magic in 2014 and then worked in the films: Saving Dreams (2016), Forever a Gentleman (2016, short-film), and The Haunt (2016). In 2017, the Canadian actor was cast in the short film Appalachia as well as in the TV mini-series The Olympus Project. 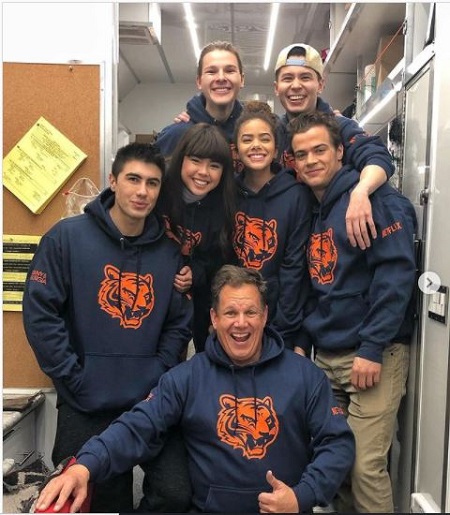 CAPTION: Damian Romeo on the set of Ginny & Georgia where he plays the role of Matt Press SOURCE: [email protected]

Season 1 of the series Ginny & Georgia (10 episodes) premiered on February 24, 2021. On April 19, Netflix confirmed that the show has been renewed for a second season. As per the sources, it will be released in February 2022.

How Much Is Damian Romeo's Net Worth?

As of March 2021, Damian Romeo has an estimated net worth of $100,000. Without a doubt, most of the actor's fortune came through acting gigs- notable thanks to his on-screen appearances in the films (Cult of Nightmares and The Haunt) and TV series Ginny & Georgia.

Although the exact earning of the Canadian actor is yet to be disclosed, he allegedly summed up tens of dollars per episode from Ginny & Georgia.

An avid user of Instagram (@dammromeo), the Canadian actor has over 17.6K followers in early 2021, where he seems to be fond of posting photos of travels. As reported, he has backpacked solo in 35 countries.

But the detail on Damain's relationship is obscure. So far, no report on his dating life or girlfriend is out. Allegedly, Romeo is single at the moment. 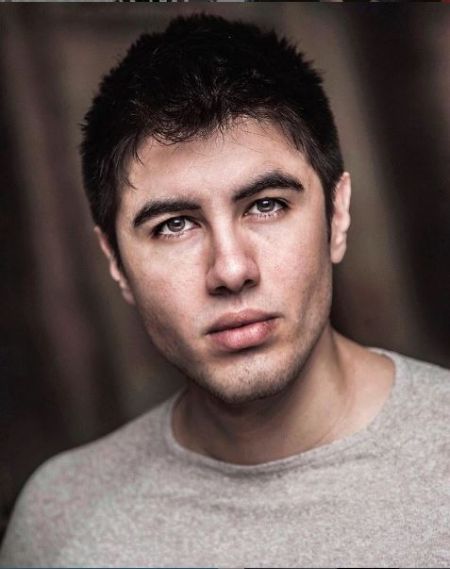 CAPTION: Aside from being an actor, Damian Romeo is also a former Infantry Soldier of the Canadian Armed Forces
SOURCE: [email protected]

A former Infantry Soldier of the Canadian Armed Forces, Romeo was deployed for relief aid during the Covid-19 pandemic in Canada. Aside from acting & military service, he is active in charitable works as well; Domain donates every penny from his Cameo profile to Sick Kids hospital in Toronto, Canada. The Cameo is an American video-sharing website that allows celebrities to send personalized video messages to fans.