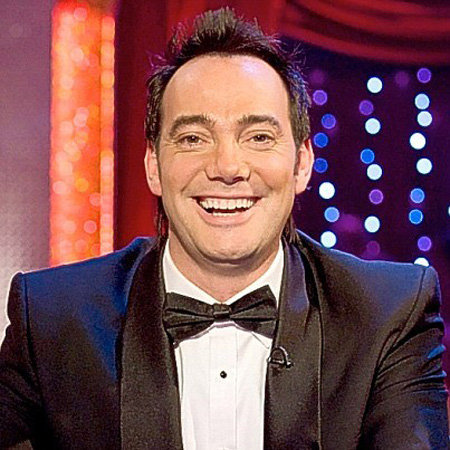 Craig Revel Horwood is an Australian-British dancer and a choreographer who is best known for his major work as a judge on the United Kingdom's Strictly Come Dancing. He has also worked for Dancing with the Stars and Comic Relief Does Fame Academy as a judge.

Besides, Craig Revel gained more public attention from his work in The Wright Stuff and Strictly Come Dancing: It Makes Two as well. Craig was also nominated for a Laurence Olivier Theatre Award for Best Theatre Choreographer in 2000.

Craig Revel Horwood was born on January 4, 1965, in Ballarat, Australia. He is the son of mother Beverley and father Phil, a former Royal Australian Navy ­lieutenant. He is the second of five children from his parents.

His dad was not best pleased when 7 years old he smeared on his mother’s lipstick to perform on A Pimple On Your Bum get –together.

Unfortunately, Craig Revel Horwood’s father passed away at the age of 74 due to skin cancer. Craig had a difficult relationship with his father. He belongs to British, American nationality and regarding his ethnicity, he is a white.

Craig Revel Horwood began working in Theatre with West End and the UK, where he has featured in Spend Spend Spend and My One and Only. For both of which he was also nominated and received Laurence Oliver Award.

Craig appeared on a special episode of ITV's Loose Women titled Loose Women and Men as a panelist along with Clare Tomlinson and Andrea McLean in 2016.

Craig Revel Horwood was previously married to Jane Hallwood in 1990, who he is still friends with. After that, the couple divorced after 2 years of their marital relationship as Jane was having an extra affair. He later revealed that he is a gay.

'I was bisexual for a long time. I flitted between men and women quite a lot between the ages of 17 and 26. My wife Jane left me for another man. Then I fell in love with a bloke, and I have been gay ever since.'

Craig Revel later began dating with Grant MacPherson in 2007. The couple shared their keen feeling and has a romance for five years. Consequently, they were finally separated in 2011.

Furthermore, Craig Revel began dating Damon in 2013, a British entertainer known for his appearance in the first series of the ITV variety talent show Britain's Got Talent. The couple first revealed in public in 2013.

The couple also made their red carpet appearance at the National Television Awards. Scott and Craig were reportedly spotted in several events as well as other many public places. Besides, they moved to a house in Hampshire together in September 2014.

The couple looked very happy together, but Craig Revel is said to have ended their 3 years relationship because he could not see a future for the couple and split up in 2016. Currently, he is a single.

Craig Revel has a handsome amount of net worth who receives the standard judge’s salary of more than $140000 thousand annually from Strictly Come Dancing. He also garnered an amount of above $70000 thousand for featuring on and running the Strictly tour.

He also has a house in London worth $1.2 million.