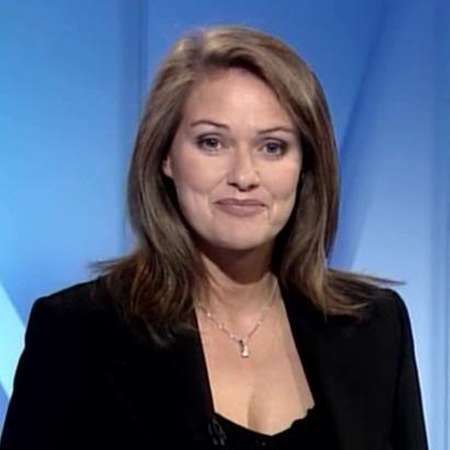 Clare Tomlinson is an English anchorwoman. She works for the British satellite sports network Sky Sports, a group of sports television channels operated by the satellite pay-TV company “Sky plc”. She was born on September 6th, 1968 in Grantham Lincolnshire. In the past, she has also been appointed as the head of the communications department at Arsenal Football Club. She currently is a presenter for a Sky Sports News show “Through the Night”.

Clare Tomlinson first started her career in public relations. During the time, she was also the receptionist for Max Clifford and Associates for some time. In the early ’90s, she worked as a media officer at the Football Association.

While working for the FA, she experienced some of the football’s most controversial incidents including Paul Merson’s confessions to gambling, drink, and drug addictions and the controversy surrounding George Graham’s departure from Highbury. Later in the same decade, she joined the Arsenal Football Club as the appointed head of the communications department. In the period, she had helped the then-new manager, Arsene Wenger, deal with the media.

She then joined BSkyB's UEFA Champions League coverage alongside Richard Keys. In 1998, after working six years in media relations dealing with some of the biggest football stories of the 1990s, she became the touchline reporter on Sky Sports’ Ford Super Sunday as well as the co-presenter of Goals on Sunday, Sky Sports' Sunday morning football highlights program.

In October 2007, she was placed on leave from Goals on Sunday for two months. This was followed by an infamous interview with former Derby County goalkeeper Stephen Bywater. In the interview, he spelled out the C-word during an anecdote and was not reprimanded for it by Tomlinson or co-presenter Chris Kamara.

Tomlinson is currently the presenter of the Sky Sports News show, ‘Through the Night’ among others. In April 2007, she became the first woman to present the Professional Footballers' Association Awards Ceremony at the Grosvenor Hotel in London. She has had a noticeable weight gain throughout her career.

Clare Louise Tomlinson was born in a village and civil parish in the South Kesteven district of Lincolnshire, England called Barrowby. She got her education from Kesteven and Grantham’s Girls’ School from 1980 to 1987. She then took history lessons and graduated in 1990.

In 2000, it was revealed to the media that Clare had an affair with English Footballer Bryan Robson, who was already married to Denise Brindley and even had three children. He had even helped her get a cut-price deal on a car worth fifteen thousand dollars, the Mazda MX5, although, according to his wife, he most probably bought her the car. The secret lovers had met when she became media relations manager for the Football Association.

Currently, her husband is Charles Windsor. She is a big fan of Tottenham Hotspurs Football Club. More information related to her salary, net worth, etc can be found in her biography and wiki articles.