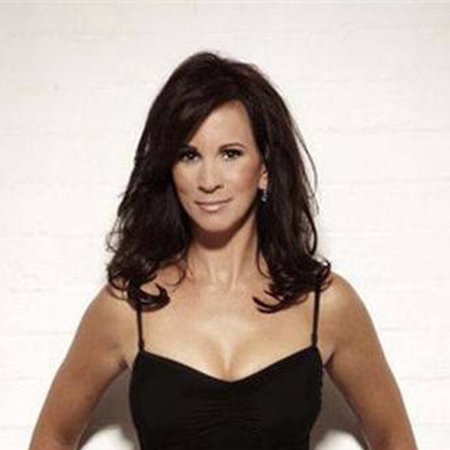 A Scottish television presenter and actress Andrea McLean is best known for her role in A Landscapes of Lies and as an anchor of the chat show Loose Women. She also served for GMTV as a weather presenter. She has been active in the broadcast media since 1993 till date. Born on October 1969, Andrea McLean is from Glasgow, Scotland, United Kingdom.

Though Andrea McLean was born in Scotland, she was raised in Trinidad and Tobago along with her sister. Her father is Jack McLean and mother is Betty McLean. The family moved back to Scotland when she was 15 years old and later began to live in Chester. Andrea is from Jewish heritage but does not practice Jewish. She has received BA Hons in Modern Studies from Coventry University and has the post graduation certificate in Periodical Journalism.

Andrea McLean began freelancing since 1993 as a travel writer. She was hired by Central Press Features in 1994 later being promoted to its Production Editor in 1995. She began to work in The Weather Channel in 1996 and also served in the Talk Radio as a weather reporter. She joined at Channel 5’s daily talk show Espresso in 1997 as its one of the panelists.

Andrea McLean joined GMTV in 1997 as a weather presenter where was the co-host of the GMTV Today. She also served as a fill-in host in LK Today. Since Andrea is very presentable at any time with her outstanding journalism skills and impressive personality, she grabbed the attention of various producers that helped her to be a presenter of various shows including Our House for UKTV Style and as a guest panelist on Loose Women for ITV.

Andrea McLean has appeared in several shows and also has participated in the reality series including Dancing on Ice and Tumble. She earns a lucrative amount of salary and her net worth is estimated to be $1.2 million.

Andrea McLean is in a relationship with her boyfriend Nick Feeney, a businessman. The two met on a blind date set up by a Loose Women make-up artist. The two are together since two years. The couple has not married yet but is trying to have a baby. According to the news on the internet, Nick is very willing to have a son as he already has two daughters.

Prior to Nick, Andrea McLean was married to Nick Green and Steve Toms. Nick Green is her first husband, who was a BBC producer. The couple were in a relationship for 17 years and got married in 2000 in Kenya. She has a son from her husband Nick, named Finlay John Green born on October 2001. The couple was living happily but in 2004, it came into light that Andrea McLean has an affair with her fellow colleague Steve Toms that ruined the marriage. Andrea went to her husband Nick to resolve the things but eventually got divorced in 2005.

After getting a divorce from her first husband, Andrea McLean married her boyfriend Steve Toms and lived in Ashtead, Surrey. They have one daughter named Amy Toms born on 2006. The couple got married in 2009 but this marriage could not last blissful for long. In 2012, the couple announced their separation and Andrea started living at her parent’s house. Andrea Mclean is currently living with her boyfriend Nick Feeney. She has recently been through the treatment of hysterectomy.