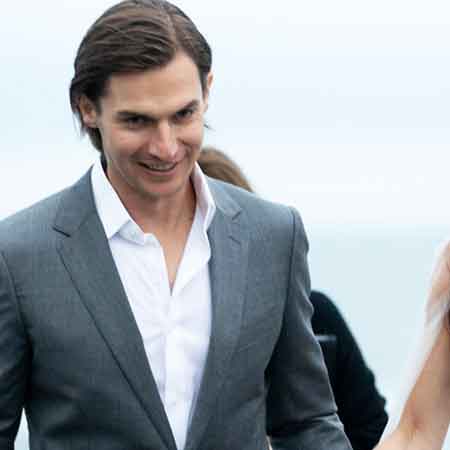 Craig Coyne is an American actor and a screenwriter who has worked in movies like Jarhead, Lonely Girl and Ask Play. Craig Coyne is better known as the husband of Barbara Bush, twin daughter of the former American President, George W. Bush.

Craig Coyne was born Craig Louis Coyne in the countryside of Nashville, Tennessee on 4th April 1982. He was born to father Edward Coyne and mother Kathleen Coyne. His father is a businessman by profession and his mother is a former actress. He is an American by nationality and his ethnicity is White American.

He has two siblings; older brother Edward James III, an attorney and a younger sister Kathleen Coyne. Craig graduated from the Vanderbilt University and later attended the Pope High School, in Marietta.

Craig Coyne is an actor and a writer by profession. He was offered a role of Mr. Swofford in the film Jarhead (2005), by Sam Mendes personally. He is also credited for his short appearances in films like I Hope They Serve Beer in Hell, starring Matt Czuchry and Jesse Bradford. He has also acted in the 2011 film, The Snowtown Murders.

Though Craig has appeared in a few numbers of movies, he was primarily focused on writing. As a writer, he has worked on the Comedy Central channel and has been a writer for a few of their shows. He has been credited for writing an original series for Jim O'Heir.

Actor and screenwriter Craig Coyne has an estimated net worth of $800,000. Craig's career in the film industry has helped him earn his current net worth, but he has disclosed the details of his salary that he has received from his different works in the entertainment business.

Craig Coyne came to the limelight after he became the son-in-law of the reputed Bush family. He has been married to Barbara Pierce Bush, daughter of the 43rd US President, George W. Bush and Laura Bush. He met his future wife Bush in November 2017. As per Daily Mail, the couple was set for a blind date by their mutual friend. Later in summer 2018, Craig popped the question to his girlfriend at the same venue where Barbara's late grandfather George H.W.  Bush had asked the question to her late grandmother Barbara Bush.

After a few months from their engagement, they got married on 7th October at Bush family's compound in Maine. The Bush family kept their wedding private as the former President and her grandfather, George H.W. Bush was experiencing major health problems. In the ceremony, Barbara's sister Jenna Bush Hager paid tribute to her deceased grandmother by reading out the letter that her grandfather had written.