Coyote Peterson with more than nine million subscribers on his YouTube channel how much net worth has he accumulated? 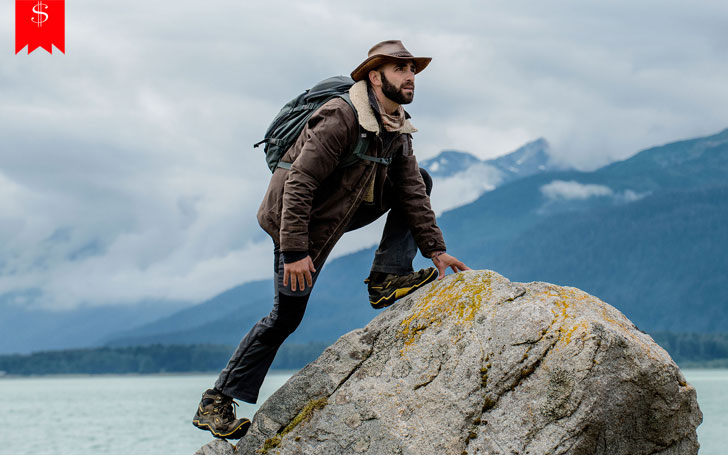 Raised nearby forests, swamps, and creek beds, wildlife educator Coyote Peterson has always been attached to animals and insects since his childhood and, later made his passion his fulltime career. Peterson is renowned for his wildlife videos on his YouTube channel Brave Wilderness.

How much has Peterson's earned to date? What is his net worth? We have all details about his lifestyle here.

How Much Has Coyote Peterson Earned From His YouTube Career? How Much Is His Net Worth?

Coyote Peterson has collected impressive amount money through his career. The 36-year-old YouTuber and wildlife educator's estimated net worth is $ 2 million which is not an official figure.

His most popular YouTube videos are Breaking Trail, Dragon Tails, On Location, Coyote's Backyard and many more. He also received Emmy awards for youth/teen programs in 2015 for his video Breaking Trail.

Besides that, he is also an Arthur-Published his first book Coyote Peterson's Brave Adventures: Wild Animals in a Wild World in 2017.

Peterson is a nature lover since his childhood and loves spending his time exploring wildlife. He also loves adventures.

As his aim is to bring his viewers up close with wildlife and enhance the education for the conservation of wildlife he frequently shares several snaps of his journey on his YouTube and Instagram.

Also read: Is Coyote Peterson Married? All His Cutest Moments with His Daughter Pup

He owns several expensive cameras of different brands including Sony and Canon. He has Canon G7X with 20.2 MP High-Sensitivity CMOS Sensor. Its price is around $699.99. He also owns Canon EOS 5D Mark III with a price tag $3,499.