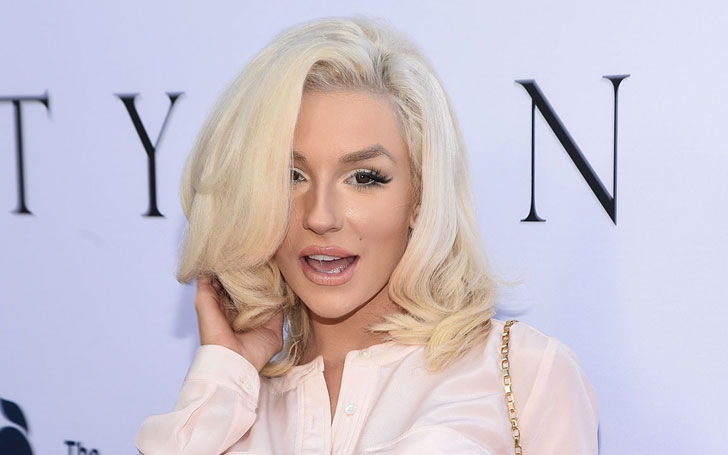 Very few will choose graveyard for the day out especially with a male partner, but the Hollywood diva Courtney Stodden chose the Hollywood Forever Cemetery for her day out with her male pal on Monday.

Read More: Find out the transformation seen in character actor's wife Courtney Stodden after her surgery

Actress and the reality star Courtney Stodden was photographed around a cemetery where the mystery man hugged her from behind.

Courtney Stodden on a day out with her male pal

The 23-year-old actress also posted an Instagram snap later, sprawling over one of the graves and captioning: “Meditating in a beautiful cemetery …seriously find peace in graveyards. Sounds weird but hey …whatever works. #meditation.’

Courtney bared a bit of her cleavage and toned midriff in a gray bralette for her tour of the graveyard. She chose a high-waisted pair of grey sweats, rolled to the knee to play up her toned legs.

Stodden was married to an actor Doug Hutchison in Las Vegas, on May 20, 2011; became the third wife of the actor. Their relationship also brought controversies as she was only 16 when she married the 51-year-old actor.

In 2016 May, they announced they were expecting a child, however, after three months of her pregnancy, she announced she had a miscarriage. It was reported Stodden split with her husband Doug in January 2017. They still are living together for the time being.