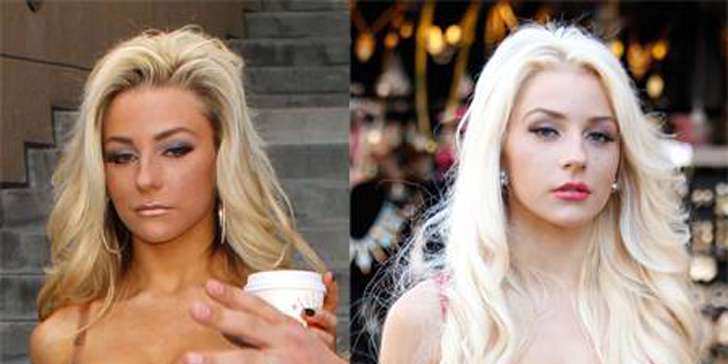 The American reality show contestant Courtney Stodden has gone under the knife several times in the recent year. She is very happy and extremely loving her new look. She added more  to her looks, making her feel more appealing. She had never gone under the knife before her breast surgery.

After her surgery, Courtney is making more headlines. The former “Teen Bride” is known for her insane body transformation with hypersexuality. She completed changed one of her facial features. She is absolutely unrecognizable after her latest plastic surgery.

Nowadays, every celebrity is going under the knife for being attractive and popular that’s why breast enlargement surgery is becoming so popular. Like other women, Courtney chooses to increase her breast size. In 2013, she did her breast implant.

She thinks this can affect confidence and feel feminine. She looks more confident, attractive and satisfied with her looks and makes her feel more like a woman. Breast enlargement is becoming one of the most famous procedures with high satisfaction rate. it takes 60 minutes to complete the procedure.

Lip injection consists of injecting Restylane into the lips to give fuller looks that perceived to be a breathtaking beauty. Courtney’s lip injections have given her desirable and fuller looks.  Courtney has taken 100% upper lips injections that can be clearly seen.

Courtney is always transparent when it comes to plastic surgery. Again, she went under the knife for a nose job and took her openness to whole new level inviting a camera crew inside the operating room. Her nose job is not easy to spot compared with her breast implant and lip injection. The $13,000 Procedure lasted two hours with a recovery time of a week to 10 days. Her husband, Doug Hutchison, 55, was on hand to support her. She looks more beautiful and attractive.