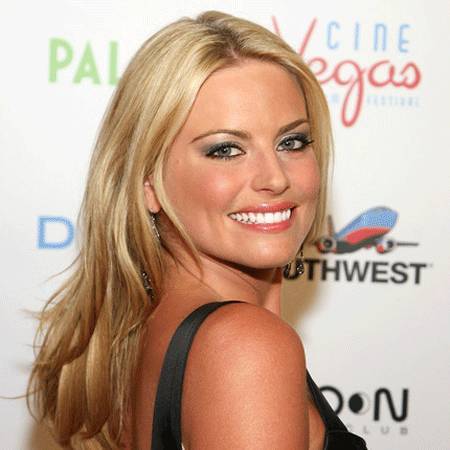 Courtney Friel, an American journalist, currently works as a news anchor for KTLA-TV in Los Angeles, California. She previously covered entertainment news for KTTV- Fox-affiliated TV network based in California, Los Angeles. Friel has worked as an entertainment reporter for the Fox News Channel. She worked as an anchor at ABC affiliate WBBJ-TV in Jackson, Tennessee in 2003. Friel arrived at WBBJ during the May 2003 tornado outbreak sequence and covered the devastation in Jackson. Courtney Friel contributed to numerous entertainment programs for the FoxNews.com. She was also a frequent guest contributor on the Fox News late-night show Red Eye w/Greg Gutfeld. She has also featured in fashion magazines like Maxim and FHM due to her work.

Friel has been married to Carter Evans, a correspondent for CBS News, from 2005-2016 and has two children.

Courtney Friel was born on 22nd of April 1980, in Philadelphia, Pennsylvania in the United States of America, under the birth sign Taurus. She is an American citizen holding White-American ethnicity.

She went to Methacton High School for her high school diploma. She was active in the school’s media production class. After submitting a short video, she was called by Channel One News for their newly started student program.

She later enrolled for Bachelor degree at the San Diego State University. She completed her BA in Political Science from there.

Courtney Friel began her career as a sports and entertainment reporter for GoTV. She then hosted the World Poker Tour for the Travel Channel.

Thanks DoingItSober for the blog post and shirt! For those interested in the 10 things I learned in #Recovery (and love about it too) I posted the link in my bio page. #SoberAF #SoberIsSexy #SoberMom #SoberLife #SobrietyRocks #Frielings #KeepItFriel #Grateful #Blessings

In 2003, Friel joined WBBJ-TV- an ABC affiliate channel based in Jackson, Tennessee. During her tenure with WBBJ, she covered the 2003’s devastating tornado outbreak sequence.

Friel worked there until 2007 and moved to Fox News channel. She served for the next six years and left the network.

Since 2013, she is working KTLA-TV network and she is one of the most important members of the network.

Courtney Friel's Net Worth And Charity

Courtney Friel’s net worth is $12 million, but it is not confirmed officially. She has amassed a huge amount of net worth from her longtime journalism career. According to some online source, her annual salary is $300K. She has also involved in several charitable works and movements.

She has worked for the World Poker Tour, Court TV, and many other networks including E! Entertainment, Oxygen Channel, and Comcast Cable. She has also worked for Fox News Channel and has appeared in Maxim and FHM.

Courtney Friel is a mother of two children. She is a former wife of CBS journalist Carter Evans and the duo is divorced now. She is currently dating Jim Hecht, according to her Instagram posts.

Friel and Evans started dating when they met each other in KNSD-TV in San Diego. After dating for a few years, they got married in May 2005. After their marriage, the couple was going very strong as husband and wife and that was because of trust and mutual understanding between them.

Unfortunately, they divorced in 2016 after living together for nearly one decade. Following their divorce, she is reportedly dating screenwriter Jim Hecht. The rumored couple shared a photo of their passionate kiss on Friel's Instagram account. But neither Friel nor Hecht have confirmed their relationship.

Whereas Friel's, ex-husband, Carter Evans started dating Lauren Lyster, a reporter for KTLA-TV. They have been dating for almost two years now.

Courtney Friel regularly practices Yoga, meditation and physical exercises. She also loves adventurous activities like hiking, trekking, rock climbing, marathon and other forms of adventures. During her leisure time, she plays with her kids. Friel also has a dog.

Courtney Friel is a beautiful woman and her excellent height makes her look more pretty and gorgeous. She is 5 feet 6 inches tall which is around 1.67 meters. She is active on Instagram and Twitter with thousands of followers.