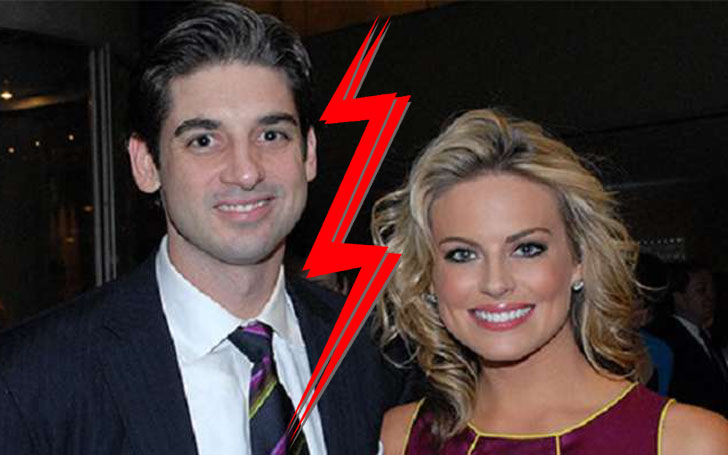 It is difficult to maintain a friendly relationship with a former partner after a breakup. Well, not for Journalist Carter Evans and Courtney Friel. Evans and Friel who got a divorce in 2016 after over 10 years of marriage are still good friends.

Journalist Carter currently works as Los Angeles-based correspondent for CBS News. Did he overcome his 10 years of marriage and find a new love? What is his current relationship status? Let's find out.

Divorced Carter Evans Has a New Girlfriend? Or he is single?

Carter Evans dating Lauren Lyster who is a reporter for KTLA-TV. The couple is dating for about two years now.  He was previously married to Courtney Friel who is also a news anchor for KTLA-TV in Los Angeles. However, the couple got divorced in 2016.

Evans has managed to keep his personal life under wraps. However, 37 years old Friel shared a picture of her with Carter Evans and Lauren Lyster on her Instagram post in March.

Carter Evans' ex-wife and current girlfriend both work as a reporter for KTLA-TV in Los Angeles and looks like these two are comfortable working with each other and sharing a friendly relationship.

Addressing the issue, Friel even tweeted:

Friel shut everyone who thought she and her ex-husband Evans' new girlfriend Lauren Lyster being together at KTLA was going to cause drama.

Evas and his former wife first met in in San Diego at KNSD-TV, the NBC affiliate. After dating for some time the former couple got married in May 2005. The couple has two kids together. Their first son, Cash Hudson Evans was born 1 January 2011 and their second child is a daughter, Cameron Kaiulani Evans who was born on April 6, 2012.

The good only thing about the massive water main break in LA? My wife,@courtneyfriel & I got to work the same story! pic.twitter.com/MA4eTPKHrv

They also worked on same story several times, and Evans shared the pictures on her Twitter.

But their relationship didn’t last for more than 10 years, the couple got a divorce in 2016. The reason behind their divorce is still unknown. But observing the Instagram post shared by Friel and their current status as friends, it's safe to assume the divorce was amicable.