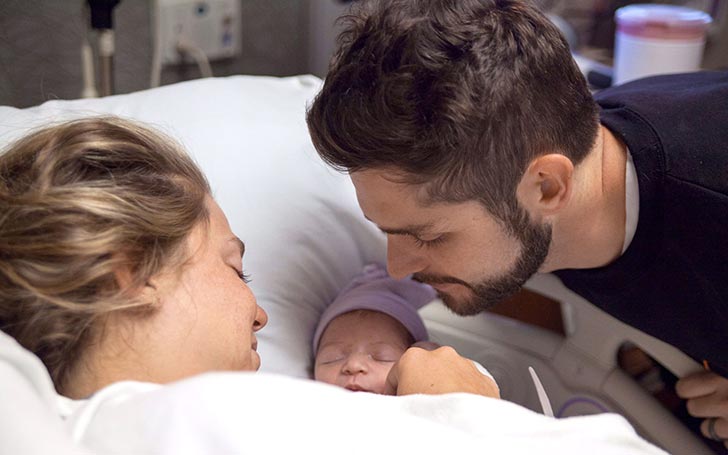 Thomas Rhett is a father of three!

The 29-year-old American country singer and his wife, Lauren Akins, gave birth to their third child, a daughter named Lennon Love Akins. The pair announced the birth of the child in an Instagram post on Tuesday, 11th February.

As per some online sources, the baby girl was born at 8:30 a.m. on Monday, February 10, and the baby weighed in at nine lbs., and 2 oz at the time of her birth. Rhett and Akins also have two daughters, Ada James, 2, and Willa Gray, 4.

Rhett shared photos of his newborn daughter, along with his wife and two children. He wrote: "Lennon Love Akins was born at 8:30 AM on February 10th! It was such a joy to watch this little angel be brought in to the world." Here is his post:

Lennon Love Akins was born at 8:30 AM on February 10th! It was such a joy to watch this little angel be brought into the world. My wife is just incredible through the entire birth🙌🏼 watching our kids meet Lennon for the first time was probably the sweetest thing I’ve ever seen in my whole life! Ada James and Willa Gray are going to be the best big sisters on the planet. The Lord is so good and I’m so grateful for my beautiful growing family!! Y’all pray for us as we switch from man on man defense to zone👍

Thomas Rhett and Lauren Akins know each other since their first grade. They got married on October 12, 2012. Five years later, in 2017, the pair adopted a Ugandan born girl as their first child. The same year, the pair welcomed their second child, a daughter, Ada James Akins.