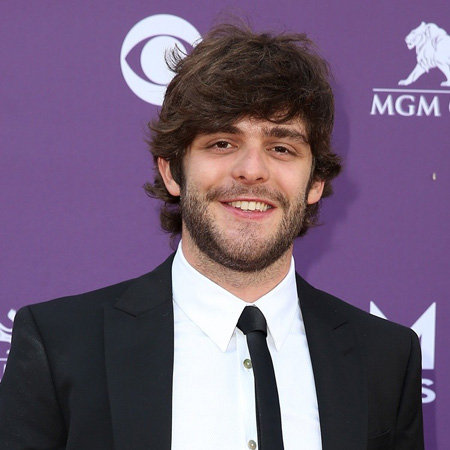 Thomas Rhett was born on March 30, 1990, in Valdosta Georgia, to father Rhett Akins, a professional singer-songwriter, and mother Paige Braswell.

Thomas learned to play the drums when he was in junior high and he also played for his father on stage when he was of age. He then was involved in the high school band called The High Heeled Flip Flops. After finishing high school he went to Lipscomb University in Nashville, Tennessee.

While there, Thomas played as a member of Tau Phi for their cowboy show and for frat parties. He had nothing in his mind except becoming a musician so he went on to pursue a career in songwriting. He co-wrote the song ‘I Ain’t Ready to Quit’ on Jason Aldean’s 2010 album My Kinda Party.

Thomas Rhett then went on to sign a recording contract with Big Machine Records’ Valory Music Group division in 2011. After a year he went on to release his first single 'Something to Do with My Hands’ and then released another named ‘Beer with Jesus’ both of which made Top 30 on the Hot Country Songs charts.

Sydney, when can we come back? Seriously

He then released his third single titled ‘ It Goes Like This ‘ which went on and topped the Country Airplay chart.

It also peaked at number 2 on the Hot Country Songs and was certified Platinum in the US. He released his debut album titled ‘It Goes Like This’ on October 29.

This album’s fourth single titled ‘Get Me Some of That’ was certified as Gold in the US and it became Thomas’ second number 1 single in 2014.

Another single was released on August 4, 2014, titled 'Make Me Wanna' which was certified US Gold and charted number one on the Country Airplay chart on 7th March 2015.

Rhett went on to sing guest vocals along with Justin Moore on Brantley Gilbert’s ‘Small Town Throwdown’. He is a rising country musician and his music is gradually being recognized and appreciated by many.

Although Thomas has not received any significant awards, his music is mostly seen peaking in the Billboards and country airplay which is a sign of how much his fans are growing and how much they adore him and his music.

His estimated net worth is five million dollars which proves that his salary is very high. The average salary of the singer is around $18.09 per hour and he also might be earning his salary in the same range.

Thomas married Lauren Akins on 12 October 2012. In 2017, the couple celebrated their fifth wedding anniversary. The couple has been happily married since marriage.

The pair knows each other since the first grade. They have two children together. In May 2017, they adopted a baby girl Willa Gray Akins and they welcomed their biological daughter Ada James. Here are the five facts about Tom Rhett you shouldn't miss.

The couple is living happily together and there are no signs of extramarital affairs on both sides. However, there are frequent rumors about the couple separating and Thomas being single again which is fallacious.