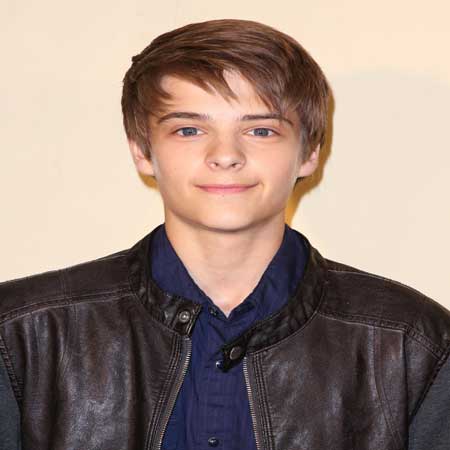 Born in Thousand Oaks, California, Corey Fogelmanis is an emerging actor best known for his appearance in the American comedy television series Girl Meets World. Besides GMW, the actor worked on several movies and television series including Mostly Ghostly 3: One Night in Doom House and PrankMe.

Corey Fogelmanis was born on 13 August 1999 in Thousand Oaks, California. He is a son of Shannon Fogelmanis and Dain Fogelmanis. His birth sign is Leo which defines his personality as a creative and warm-hearted person.

Corey Fogelmanis has a younger sister named Baylee Fogelmanis. He was interested in dancing and gymnastics since his early age.

Fogelmanis was involved in the acting industry since his childhood. He began his career at the young age of 6 by performing on several theatre plays. Following the lead, the actor worked with numerous production houses across the country.

In 2011, Fogelmanis debuted in the movie industry in the short film The Maiden and the Princess. Then after in 2014, he starred on the television series Partners. He notably appeared on the production of Peter Pan and Tinker Bell at The Pasadena Playhouse in Southern California.

In 2014, Fogelmanis landed in a remarkable role, Farkle Minkus in an American comedy television series Girl Meets World. In the series, he starred alongside Rowan Blanchard, Sabrina Carpenter, Ben Savage, Peyton Meyer, and others. The series was premiered in July 2014 and successfully ran for three seasons last airing on January 2017.

Two things are finally here. The best day of the week!! #FARKLEFRIDAY And the premiere of #girlmeetsworld tonight on Disney Channel!

After the end of Girl Meets World, Fogelmanis appeared in the 2016 horror movie Mostly Ghostly 3: One Night in Doom House. He then appeared on the thriller television series PrankMe (2017).

Besides his flourishing career, the GMW star is also focusing on his college studies. According to Fogelmanis, he'll be concentrating on his profession along with his education.

At the young age, the actor managed to star on multiple television series and plays. From his prosperous career, Fogelmanis has an estimated net worth of $2 million.

As of 2018, Corey Fogelmanis is possibly single. According to him, he is in a relationship with his career. Looks like the teen actor is taking time before engaging in any serious relationship and there is a long way for him to be married.

The carpenters were in town for a day photos by: @dontshakethepolaroid

Previously, Fogelmanis was linked to his GMW co-star Sabrina Carpenter as the two formed a strong connection since the beginning. The alleged couple is seen hanging out in public and posting a series of pictures on their Instagram accounts.

With that close relation, fans started guessing that Corey and Sabrina might be dating. However, later, the star confirmed that they are only best friends and are not girlfriend and boyfriend and ended their affair rumor.