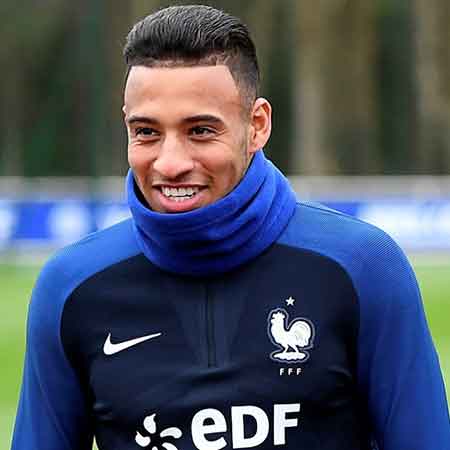 French professional footballer, Corentin Tolisso plays for the German club, Bayern Munich, and France National Team as a  central midfielder. He made his professional debut in 2013 from the club, Lyon. Later, he was transferred to Bayern Munich with a five-year contract for a transfer fee of £ 41.5 million ($49.06) and €6 million ($7.09) potential bonus which was the highest fee received by Lyon until the transfer of Alexandre Lacazette to Arsenal. At the end of season 2017-18, he appeared in 199 games scoring 39 goals.

Corentin Tolisso was born to Vincent Tolisso on 3rd August 1994 in Tarare, France. He is Leo which defines his personality to be action-oriented. Tolisso holds both Togolese & French nationalities and belongs to Caucasian ethnicity.

Tolisso is an academy graduate of Lyon, joining the club at the age of 13.

Corentin Tolisso made his debut for the club, Lyon on 19th August 2013 in 4-0 Ligue 1 home victory against Nice. He made his European club competition debut on 24th October 2013 in 1-0 win over HNK Rijeka in the 2013-14 UEFA Europa League. He signed the contract with the club a week later.

On 9th March 2014, he scored his first career goal with an injury time in 2-1 Ligue 1 away win over Bordeaux. In the season 2016-17, he was named in the UEFA European League squad. Throughout his club career, he scored 29 goals appearing in 160 games.

Tolisso was transferred to Bayern Munich from Lyon for an initial transfer fee of $49.16 million with an add-on of $7.11 million on 14th June 2017. He made his debut for the club on 5th August 2017 playing against Borussia Dortmund.

As Corentin Tolisso holds both Togolese and French nationalities, he is eligible to represent both the country. But, Tolisso prefers to play for France instead of Togo.

He represented France at various youth levels. In March 2017, he was called up to the senior squad to face Luxembourg and Spain. ON 28th March 2017, he made his international debut replacing Thomas Lemar in the 80th minute of 2-0 friendly home loss.

The versatile football player, Corentin Tolisso, is a career-oriented person. Tolisso prefers to keep his relationship and dating life far from the limelight. Till the date, he has not introduced anyone as his girlfriend. With the limited information he has shared about his love life, it can be assumed that he might be single. 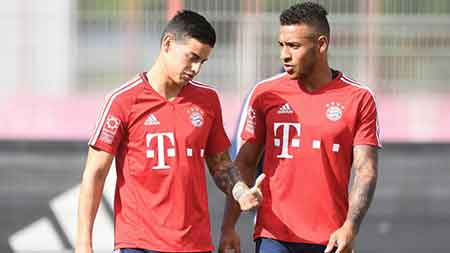 Tolisso is close to his mate, James Rodriguez. Some of his hobbies are playing video games and watching movies.

Here is the video which shows Corentin Tolisso's skill, goals, and assists: