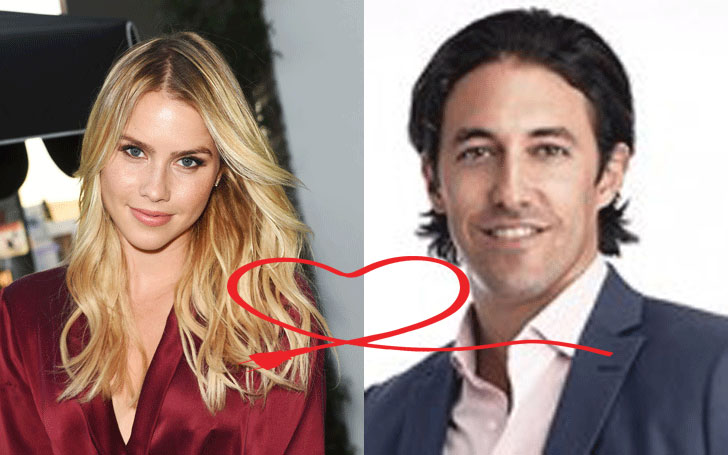 Claire Holt announced her engagement via Instagram with her boyfriend turned fiancé showing off her ring.

The Originals star Claire Holt posted a picture with her fiance, Andrew Joblon, ex of Amanda Seyfried, showing off her engagement ring on Sunday, 3rd December 2017 with a caption, ”My heart is so full” and a heart emoji.

The couple reportedly started dating since August 2017 and it seems that Claire has moved on really fast after her divorce with Matthew Kaplan, on 27 April 2017.

The speculations of her dating, Andrew started when she first posted a picture with him on Instagram while vacationing in Europe.

Let us congratulate the couple and wish for them to last forever!!!!

Claire Holt’s Reason For Divorce With Matthew Kaplan: Details About Her Past Relationships And Affairs

The Vampire Diaries star Claire Holt married to her long-time boyfriend Matthew Kaplan in April 2016. But unfortunately, they weren’t meant to be together.

Matthew filed for divorce from Holt stating “irreconcilable differences” and on 2 May 2017, Claire asked for her name to change from Kaplan to Holt again.

The couple doesn't share any children together. Similarly, Claire was rumored to be dating, Rafi Gavron for few months from 2009 to 2010, after they were spotted at Hollywood hot spot. The news of them being together, however, was not confirmed.