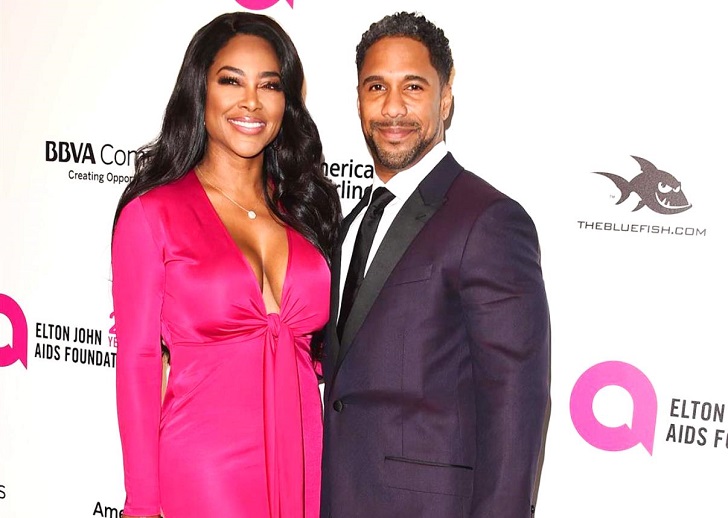 Reality star Kenya Moore recently announced during The Real Housewives of Atlanta reunion that she and husband Marc Daly; a restaurateur are expecting their first child and no it is not via surrogacy. The couple who secretly married on a private island in June 2017 is all set to welcome their bundle of joy.

Morre has always dreamed of becoming a mother, and we found out Sunday night that she will. She revealed the news on the reunion show of The Real Housewives of Atlanta season 10.

When host Andy Cohen asked Morre about "whether there was any baby news to share," the 47-year-old Mom-to-be replied: she and Marc "definitely be welcoming a boy or girl in late this year."

"Oh my God, I said that. "I don't want to talk about the details because I'm still very nervous about everything, so I want to get past a safe place."

Moore, later on, took to Instagram to confirm her pregnancy:

"My heart is full thank you to everyone for all your well-wishes. I was not planning on speaking about my pregnancy this early as due to my age I'm high risk," she wrote in the caption. "Right now I want to focus on positivity and having a healthy baby. I do not have a surrogate but definitely would be open to it next time."

Since the announcement, all the fans and friends have their sent their love and best wishes to the soon-to-be parents.

Moore showed her huge gratitude for all her fans and fellow constants who showed their excitement after the pregnancy announcement.

So sweet of the girls to be so happy for me. So blessed #rhoa

No surrogate but maybe my next one https://t.co/7ejd2kMrWO

According to the close source, Moore and Daly are very excited to be parents. The couple tied the knot 10 months ago in June 2017 in a surprise beach wedding after dating for seven months.