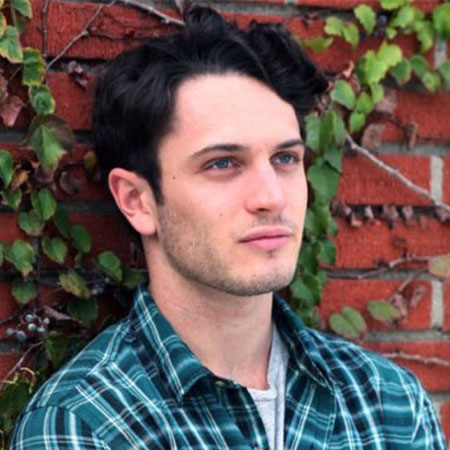 Born and raised in San Francisco, Colin Woodell is an American actor best known for his role as the werewolf Aiden in The Originals. He is also known for his roles on shows like Devious Maids and Masters of Sex. Adding to his acting chops, he also made headlines for his sexuality in the past, it was rumored to be gay after he played a gay character on The Originals.

Colin Woodell was born Colin Todd Gerard Woodell on 20 December 1991 under the star sign of Sagittarius in San Francisco, California, USA. He was born to parents Susan Woodell and Brian Henry Woodell Woodell. He also has a sister Keelin Woodell who is also an actress. Colin Woodell is an American as per his nationality and belongs to the White ethnicity.

He grew up with his family in Burlingame, California, the USA from where he completed his schooling before graduating from St. Ignatius College Preparatory, San Francisco in 2010. Later in 2014, he completed his graduation from the University of Southern California with a degree in acting.

Woodell is a well-known TV and film actor who started his career back in 2013 with the TV series Criminal Minds. Then he acted in a short film First Date in 2014. The same year, he played a minor role in CSI: Crime Scene Investigation as a Barista.

He got his first major role on TV in 2014 in the short-lived series Devious Maids where he played Ethan Sinclair. Then he played a few minor roles before finally landing another major role on the series Masters of Sex.

The video below is a news piece on Woodwell being cast as Aiden in The Originals.

He received wide recognition for his role as Aiden in the series The Originals 2014 and he played the same character in the series for next four years. While working in the series, he got the opportunity to work alongside Joseph Morgan, Riley Voelkel, and Leah Pipes.

He debuted on the big screen with Seattle Road in 2016. After this, he played several minor roles in many films.

The American actor earns a lucrative salary from his acting career. As per some sources, Woodell has amassed a net worth of around $1 million, however, details regarding the exact income is yet to be revealed.

The average salary of an actor is around $39.84 per hour according to the Bureau of Labor And Statistics. Similarly, according to popbuzz, TV stars working for The CW Television Network earn around $200,000 per season.

Colin Woodell is 27 years old currently and is not married till the date. Colin Woodell is a beloved actor in the series and he often showcases the extrovert personality in the silver screen, however, when it comes to his real life, he is just opposite. He has remained secretive about his personal life and relationship status throughout the year.

Meanwhile, Woodell was frequently rumored to be gay following his exceptional portrayal of the gay werewolf, Aiden. But, he denied all the claims made against him. Other than this, there is no information regarding his personal life and relationship status.