Colin Allred Is Happily Married!! Who Is His Wife? Details Of His Family And Children 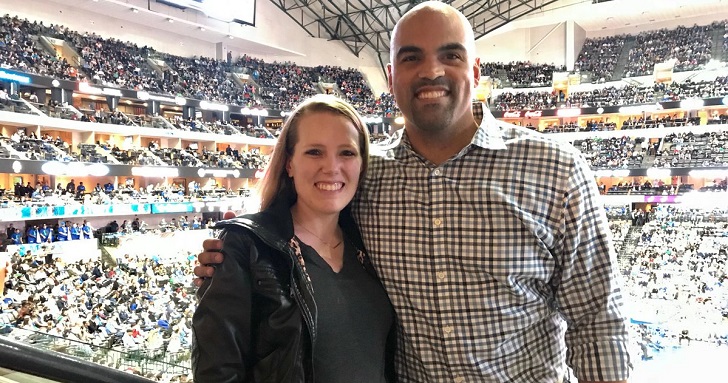 “Love is blind despite the world's attempt to give it eyes.” ―Matshona Dhliway. Yes, love has no boundaries and it does not limit to race, religion, or sex, and one of that couple who challenges the "norms" set by the society are Colin Allred and his wife, Alexandra Eber. The pair is often considered to be one of the power couples of the world.

Scroll down to know in detail about Colin Allred’s interracial marital relationship with his wife, Alexandra Eber, and their children. So, how and when romance blossomed between the pair?

The 38 years old Colin Allred is a married man and is leading a blissful conjugal life with his wife Alexandra Eber.

Colin and Alexandra tied the knot on 25th March 2017, in an intimate wedding ceremony surrounded by nature.

The pair are often criticized for their different race, but all those criticism and negative vibes did not affect their relationship. 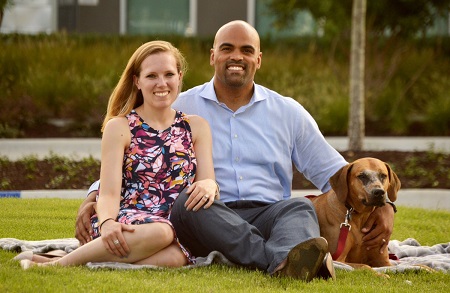 To begin; Colin and Alexandra first met at the University of Berkeley School of Law in a Law of Democracy class. It was almost like love at first sight.

After dating for a couple of years, Colin proposed to her in Shenandoah National Park. Soon, they exchanged the vows.

Happy Anniversary to my incredible wife, Aly. Thank you for being my partner and my best friend. Jordan and I are so lucky to have you. I can’t wait to see where life takes us.

For now, it has been over two years since Colin and Alexandra got hitched, and their interracial marital relationship is going strong.

Colin Allred and Alexandra Eber are the proud parents of two. After around two years of marriage, the couple welcomed their first child on 12th February 2019.

‪Aly and I welcomed our son, Jordan, to the world last night in Dallas. We are so thankful to have a healthy, beautiful son. Our hearts couldn’t be more full. ‬

While his wife was pregnant, he took paternity leave from Congress to return to Dallas to be with his wife. Colin announced the arrival of his child via social media explaining how thrilled they are to start the new chapter of their lives.

Family is so important, and as a country we must allow for parents to spend time with their babies because providing parents the ability to stay home during this critical period leads to better outcomes for men, women and families.

Their son Jordan got baptized in May 2019. The pastor of Greenland Hills UMC Kerry Smith administered the baptism of their son.

Similarly, their second child, another son named Cameron Eber Allred, was born in March 2021. Again, the happy couple shared the news via Instagram. Most recently, the proud father wished his wife and kids on the occasion of Mother's day 2021 with a sweet caption that read:

Happy Mother’s Day Aly! Jordan and Cameron are so lucky to have you as their mom. And from our family to yours, we wish all the moms across North Texas a very happy Mother’s Day.

We definitely can't get enough of this adorable pair and their little bundle of joys.