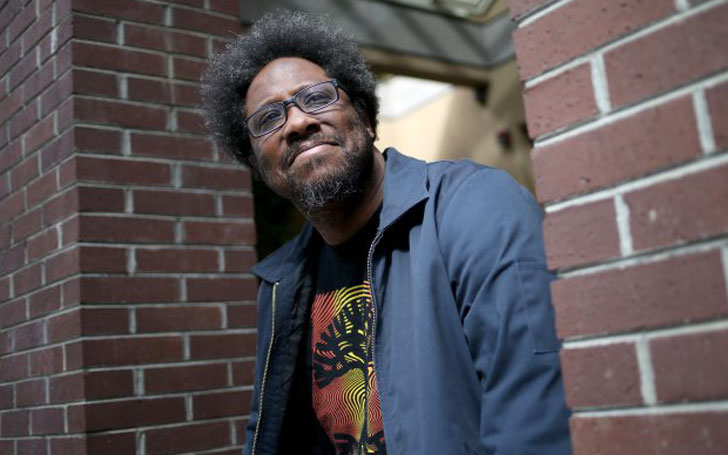 We can never limit love based on race and class. It is what you call ''voluntarily involuntary''.

Here we have a story of American Television host and Stand-up comedian Walter Kamau Bell who faced race difference issues in his relationship. Talk about things that shouldn't be happening in modern times! Let's get to the details!

44-years old Comedian W. Kamau Bell is married to Melissa Hudson Bell. According to sources, Bell and his wife first met through their mutual friend in San Francisco Bay.

Both of them were surprised to meet each other for the first time as Kamau had imagined  19 years old Melissa to be a grad student and Melissa had thought young Kamau was some old theater director, but things turned out quite differently.

Melissa Hudson Bell and W. Kamau Bell with their daughter

They started dating from 1 April 2003. And after about six years, they got married in 2009 and since then they have been together. However, Bell is a Black man and Hudson White, the race difference created some unnecessary stir in their life.

Currently, the happily married couple is celebrating eight years of blissful married life and they together have two daughters; Sami Bell and Juno Bell.

In an interview with MSNBC, the couple shared about the twist and turns in their relationship. Kamau Bell and Melissa Hudson Bell belong to different races.And, their elders believed that different races shouldn’t intermix.

Here's my two of my favorite women. Special thanks to my wife for collaborating with me on these two. #internationalwomensday #daywithoutawoman

Due to this, they had to face awkward conversations time and again which was hard and painful.This created complications in their relationship, however, with a change of time, their relationship got, even more, stronger.This would be impossible without support and love towards each other.

In addition, Melissa shared how loving a father Kamau is.She said in his free time Kamau insists on cooking food for their kids and also packs their lunch box. She mentioned that he is an awesome dad.
Kamau, on the other hand, said that Melissa helped him to improve many of his jokes.

W. Kamau Bell and his wife, Melissa Bell have such a great bonding and they truly have a happy family. Let's hope this relationship goes on well.

For more celebrity gossips, keep coming back to Article Bio.