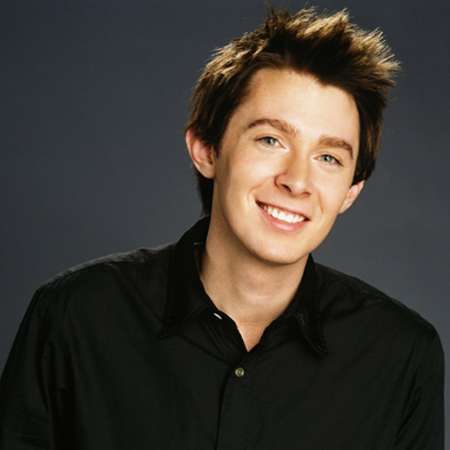 The versatile personality, Clay Aiken, is a singer, television personality, songwriter, politician, actor, author as well as an activist. Besides, Aiken was also one of the contestants in the season of American Idol. What is more interesting is the fact that he actually finished second in 2003 season.

Well, apart from his professional accomplishments, what about his love life? Is he married or dating a girlfriend?

Get to know about his career, earnings, and relationships.

Clay Aiken was born on 30th November 1978, under the birth sign Sagittarius. Aiken was born in Raleigh, North Carolina, and was interested in music and singing since a very small age. He did his schooling at Leesville High School and attended Campbell University next.

Yes @realRubenStuddard and I were the definition of #SantaBabies. One of us may be showing off some Santa skills in our Christmas show... you'll have to be there to find out which @rubenandclay 's Christmas Show on Broadway. Shows begin Dec 7. Link in bio for tickets!!

He then enrolled himself at the University of North Carolina in Charlotte after which he started working at the YMCA.

Clay Aiken rose to fame was after he became second in the second season of the music program American Idol.

After being awarded the second prize, Clay was awarded a recording contract by RCA Records also with the 2003 winner. Following this, the multi-platinum debut album Measure of a Man was released on 2003, October.

I will certainly be more careful about the placement of my chair in relation to the monitor in the future! But, given I'm overdue to get the solid gray roots of my hair covered, let's not pretend that it isn't sorta appropriate. @boldtv

Under this label, he released more albums like A Thousand Different Ways, Merry Christmas with Love, All is Well, etc. all of these turned out to be hit albums which led him to be recognized by more and more people around the world.

Clay’s second album with Decca Records, Steadfast was released on 2012, March 26. Following his success in American Idol, Aiken has authored the book Learning to Sing: Hearing the Music in Your Life, which was a New York Times Best Seller.

Moreover, he has also launched eleven tours and has executive produced a PBS live concert special Tried and True Live! He has also appeared frequently on Jimmy Kimmel Live as well as on The Tonight Show. He has starred on several television shows like Scrubs, 30 Rock, Drop Dead Diva, The Celebrity Apprentice as well as Arsenio Hall.

Apart from acting and singing, Aiken is also an activist and has created the National Inclusion Project and has accepted an ambassadorship of UNICEF in 2004. He also won the Democratic Primary which was held on 6th May 2013 but lost the general election of November 2014.

Aiken has a net worth of 6 million dollars accumulated through his acting, singing, and political endeavors. His long biography van is read on biography sites like the wiki and his personal life can be evaluated by following him on various social networking sites.

His relationship came out after he accepted the fact that he actually is gay after a lot of speculations had revolved around the matter. He was then rumored to be dating Devin Finn and Jeff Walters around 2010. Further information about his current relationship is not known yet.