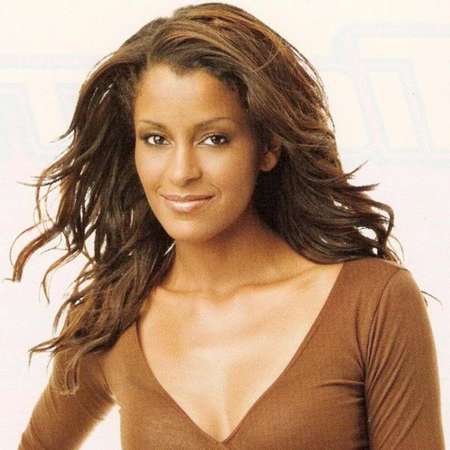 Claudia Haro, an American actress who is yet to fill the gaps of mystery in her early life, came to public attention after her two marriages with Hollywood actors. Famous for her on-screen works in With Honors (1994) and Casino (1995), Haro worked with first (ex-husband) Joe Pesci in the aforementioned films before she moved on with another marriage with Garrett Warren.

For Haro, it could've been a significant era if she constantly worked on projects, however, the charge on the murder attempt of second ex-husband Warren got her into jail & so, the journey of her acting ended.

Even though the early 90s grabbed Claudia Haro a lot of limelight, barely any detail on her parents or family background came up. While it is still under wraps when was Haro born, she resides in the United States and is an American by nationality.

As per IMDB, her full name is Claudia Martha Haro, while her nickname is Marty.

Career As An Actress

Since being incarcerated, Haro has retired from acting, but there is no denying that she became a part of notable films during active days. Mostly the actress shared the screen with her ex-husband (first) Joe Pesci. After her movie debut as the newscaster in Jimmy Hollywood (1994), she appeared as Marty in the film With Honors, the same year.

Moreover, she has a minor role in Wes Craven's New Nightmare (1994).

After that, Claudia Haro portrayed Julie in Gone Fishin' (1997). But since has not marked any on-screen projects but rather stayed in limelight as the spouse of a celebrity.

Net Worth Of Claudia Haro

At the moment, Haro who keeps her personal aspects away from the limelight has not updated about her career. Moreover, her whereabouts are not known as well. During her on-screen career, her earnings came through acting.

In addition to that online sources have estimated that with the alimony after two divorces, the Casino actress has a net worth in the 6-digit figures as of 2021. Currently, both of Claudia's ex-husbands are millionaires; Pesci has $50 million net worth while Warren is worth $2 million.

Divorced Her First Husband After 4 Years Of Marriage- Any Children?

Claudia Haro's personal life has been a mess. Her disastrous relationships with her two ex-husbands were heartbreaking. She was first married to The Home Alone actor, Joe Pesci whom she met at an Easter Brunch and was dating for a long time.

As reported, they exchanged vows on September 7, 1988, but their marriage didn't last long like they parted their ways legally with a divorce after four years of marriage in 1992.

While together, the former couple welcomed a daughter named Tiffany Pesci.

Imprisoned On Charge Of Murder Attempt Of Second Ex-Husband

Then when she was moving on with her life alone, she met her second ex-husband, stuntman Garrett Warren and got married on March 25, 1998, and their daughter, Kaylie was born on December 17, in the same year but unfortunately, they got separated on July 13, 1999, when Garrett filed for divorce. They battled over the custody of their daughter and Garrett won the custody.

Again, From 2003 to August 7, 2004, Haro dated Russell Armstrong who committed suicide by hanging on Aug 15, 2011, whom she claimed used to abuse and hit her. But on May 20, 2000, when Garrett and his mom were shot by an unknown person and quickly was hospitalized at Northridge Hospital, Claudia Haro, his ex-wife was arrested for his attempted murder.

Garrett was shot in the eye, neck, chest, and left hip due to which he lost his job as Stun man but now he works as Stun Coordinator in Hollywood. But due to insufficient evidence, she was released.

Garrett was really shocked to see the circumstances in his real-life similar to his scenes in the movies. His case languished for years with lots of red herrings and false leads in the case but in the spring of 2000, a drug dealer uncovered alarming evidence so, the case turned hot again.

The pictures and the direction to Warren's home were found in the trunk of a car that belonged to a drug dealer and restaurant owner, Miguel Quiroz, which led to Manuel Haro, Claudia's younger brother, and Jorge Hernandez. Warren without hesitating pointed to Quiroz as the attacker but he was much smaller than his description. C

Claudia said, Manuel, that Warren was abusing their daughter and manipulated him to kick him out of her way. Manuel and Quiroz were friends, so Quiroz hired Jorge, The Hit Man as asked by Manuel for $10,000. Jorge's first attempt was not successful. After the Shocking evidence was discovered, after many questioning, Manuel revealed Claudia's name which was even more shocking.

Haro again wanted The Hit Man to finish his job, to kill Warren but before that she was arrested in 2005. For a while, Pesci's name was also involved as the money for The Hit Man was given by Claudia who was staying at Pesci's guest house even after separation, to Manuel but due to less sufficient evidence, he was never charged for it.

In December 2005, Claudia got arrested and plead no contest on the night before the trial. In April 2012, she was sentenced to 12 years and four months at California Institution for Women in Corona, CA, although it is not sure that she will serve the entire sentence and did not fight the charges.

Where Is Claudia Haro Today? Is She Still Imprisoned?

Claudia Haro was released from jail in August 2019 after years of sentence. But, Haro is leading a quiet private life following her exemption.

Claudia is not active on any social sites like Twitter, Instagram, Facebook, and more. Her exact height and weight are not available for now but she hasn't lost her charm in all these years which might be a curious fact for all of her fans.