Ciara, reportedly, engaged to Russell after a romantic vacation 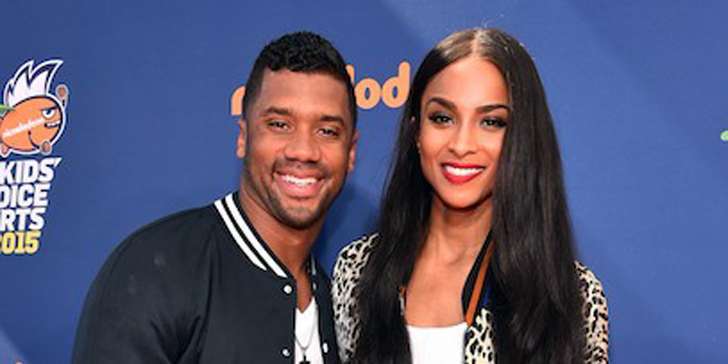 Ciara Princess Harris is an American model and singer with a net worth of a whopping $15 million. She recently got engaged to Russell Wilson in Seychelles according to the reports. The couple was first spotted together at the White House last April, and it didn't take long for Wilson to put a ring on Ciara's finger. They were there holidaying with one another and having a good time. Russell shared a video with his fiancée post-proposal on Instagram that showed off the major bling.

"She said yes," a happy Wilson exclaimed while Ciara squealed and flashed her giant rock. "Yay, I'm so excited," the singer said. In a post from her own Twitter account, Ciara put her happiness in her words, she tweeted saying "God Is Good! Grateful For You @DangRussWilson. You Are Heaven Sent. I'm Looking Forward To Spending Forever With You".

They posted photos of Ciara's to be husband kissing her hand and showing off the huge ring they just got. Ciara and Russell began dating in early 2015 and have been inseparable ever since. Ciara also has a son, Future Zahir Wilburn born on May 19, 2014, from a previous relationship with rapper Future. Ciara and Future were engaged in October 2013 but called off the engagement in August 2014. Ciara has also dated rappers Bow Wow and 50 Cent, as well as NBA player Amare Stoudemire previously. While Russell himself had a wife, to which he got divorced. After the engagement of the couple, fans are eager to learn if they are also thinking about getting married. So far the couple hasn't made any announcements of taking their relationship to a higher level. We would sure like to see Ciara and Russell get married and have kids. The couple received tons of warm wishes from their fans and celebs also took a time out to congratulate them on their happiness.