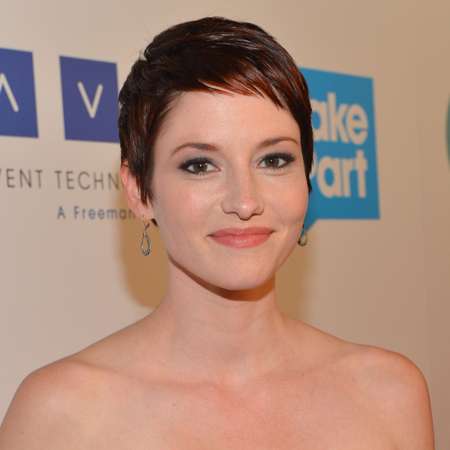 Chyler Leigh is a well-known actress known best for the role of Dr. Leixe Grey in the medical drama Grey’s Anatomy. She has also portrayed the roles of Janey Briggs in Not another Teen Movie and is currently portraying Alexandra Danvers in the CBS show Supergirl.

Chyler Leigh was born on 10th of April, 1982 to father Robert Potts and mother Yvonne Norton. Her nationality is American. Chyler was born in Charlotte, North Carolina and was raised in Virginia.

She later moved to Miami, Florida after her parents split and grew up with her mother and brother. She started modeling when she was in the eighth grade and appeared in many commercials. She passed out of the California High School Proficiency exam when she was 16.

She fell into drug abuse and addiction with her husband and came back to track only after the director of Not Another Teen Movie made her realize that she looked too thin. She acted in Kickboxing Academy in 1997 and obtained the lead role of Janey Briggs in the movie Not Another Teen Movie, alongside Chris Evans, Chyler Leigh, Jaime Pressly, Lacey Chabert, Cerina Vincent, and many others.

Chyler was also cast into the TV Series Girls Club as Sarah Mickle and as Jane Tuesday on That ‘80s Show. The ABC legal drama The Practice cast her as a regular but she was dropped out later. She was also inducted into the cast of Reunion on September 2005.

She joined the ABC medical drama Grey’s Anatomy in its third season finale and remained a regular cast until the show’s eighth season finale. She now portrays the role of Alexandra Danvers in Supergirl.

Chyler Leigh has a net worth of a whopping 5 million dollars which can be attributed to the number of acting projects she has been involved in since the mere age of 16.

Leigh is a married woman and has been married since she was 20. She met her future husband, Nathan West in 2000 at the age of 16 on the sets of the television series 7th Heaven. They fell in love and have grown up in similar circumstances, fell into drug addiction shortly after.

They married on 20th July 2002 after recovering from their addiction. They got married in Alaska and the marriage included their close friends and relatives. The couple has three children together. Their first child, a son Noah Wilde was born on December 2003.

Their daughters Taelyn Leigh and Anniston Kae were born on September 2006 and May 2009 respectively. Apart from her present husband, Chyler has never been rumored to be in a relationship with anybody else. This couple seems to be getting along pretty well in their lives and will probably never push their relationship towards divorce.