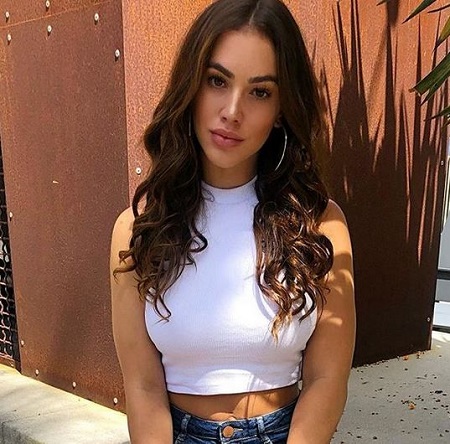 Chrystiane Lopes AKA Chrysti Ane is a rising Brazilian actress and fitness model known for appearing in the role of Sarah Thompson/ Ninja Steel Pink Ranger on the American children’s television program Power Rangers Ninja Steel. The 27 years old actress is also known for being the wife of American actor Ryan Guzman.

How Old Is Chrysti Ane? Where Is She From?

Until the age of 8, Chrysti Ane lived in Brazil before her family moved to eight. She attended Redondo Union High School and later studied acting at Aaron Speiser Acting Studio.

Mother Of Two Kids With Ryan Guzman- More On Relationship!

The Power Rangers actress currently lives with her fiance, actor Ryan Guzman. Guzman is an American actor known for appearing in television series like Heroes Reborn, Pretty Little Liars, 9-1-1, Notorious, All the Right Moves, among others.

After dating for a while, the duo got engaged in December 2018. In September 2018, the duo announced that they were expecting their first child. Some days later, they revealed the gender of their first kid, a boy. Their son Mateo Lopes was born in January 2019.

On 7th January 2021, Chrysti became a mother for the second time; welcomed daughter Genevieve Valentina Guzman. In the post, she also revealed that she had been pregnant the entire quarantine. 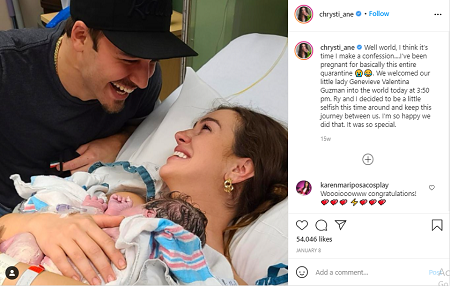 As of now, the duo enjoys an almost three years-long marital life with their two kids.

Chrysti is a rising actress who has only three acting credits under her name. However, she is one of the most prominent actresses.

Her appearance in Power Rangers Ninja Steel is what helped her to grab international attention. In 2016, she made an appearance in the television movie A Housekeeper’s Revenge.

On the other side, her husband is also an actor who started his acting career in 2012. The 9-1-1 actor is famous for appearing in movies like The Cleansing Hour, Backtrace, Jem and the Holograms, Step Up: All In, The Boy Next Door, Papi Chulo, Windows on the World, Armed, There’s Always Woodstock, among others.

The exact figure of Chrysti Ane’s net worth is not revealed; however, as per sources, she is a millionaire. As of 2022, the Power Rangers Ninja Steel actress is worth $1 million. Back in 2021, her net worth was allegedly around $800K.

Thanks to her partnership with US-based fitness company Fitonomy, which led her to run her own fitness website builtbodyapp.com. Even more, Chrysti has a self-titled YouTube channel dedicated to fitness with more than 37.1K subscribers & a total of 2.748 million views. 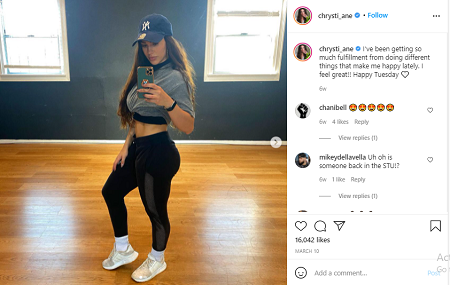 Regarding Chrysti’s gadgets, she uses the iPhone 11pro max, which costs around $1,449. She also flaunts her cars, gold chains, and other accessories.

The average salary of an actor in Brazil is around R$44 to 69 per hour; she might also be earning higher than reported. While surfing around her Instagram, it is clear that see she is a fitness freak & not to mention, healthy habits and training do have quite an expense.