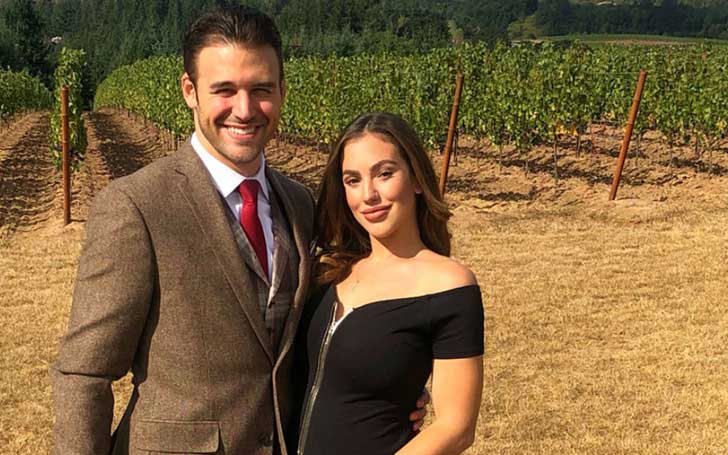 The Fox's 9-1-1 actor Guzman is expecting his first child with girlfriend Chrysti Ane. The 30-year-old actor took to his Instagram on Monday, 10th September sharing a photo in which Chrysti cradled her baby bump.

"2018 has been a year of unexpected surprises. To living our BEST lives! #DaddyMommy," Guzman captioned the photo.

2018 has been a year of unexpected surprises. New jobs, new lives, and new love. Each one getting better than the next. As the year rounds the corner to its end, we both believed it couldn't get any better. We were wrong! The newest/best surprise has yet to arrive but is on it's way . To living our BEST lives! #DaddyAndMommy #Mateo Or #Genevieve

Chrysti also shared the same post on her Instagram where she also revealed that she is 5 months along with their first child. Just an hour after the couple announced the upcoming arrival of their first child, Chrysti posted a video where she did the comparison between her toned abs and her baby bump.

Instagram VS. real life! - Now that it’s out there’s sooo much to tell you guys! I have still been keeping up at the gym and I have a few abs left at #5Months . I’m not lifting as heavy as I used to so the gains are counting on repetition and consistency to stay with me  - It’s been a bit difficult for me to watch my body changing, but as soon as I put into perspective that I’m creating a little angel with the love of my life it makes everything so worth it. - My goal is to stay in good shape and stay healthy through this entire pregnancy. I’m more than halfway there.

Last month, Chrysti made her appearance with her beau Ryan on the red carpet for the 2018 Teen Choice Awards. At that time, Chrysti, who played pink power ranger Kimberly on Nickelodeon's Power Rangers Ninja Steel, bared her midriff in a crop top which she paired with high-waisted pants hiding her growing her bump.

The couple went public with their relationship in March this year. Congratulations to the couple.