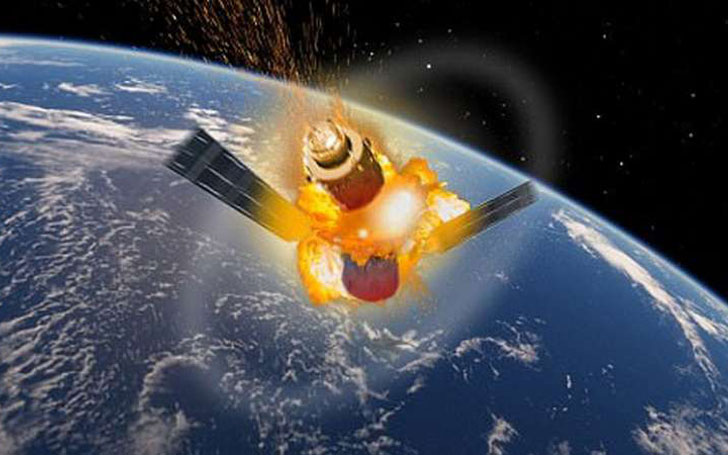 The Chinese space authorities have said its defunct space station, ''Tiangong-1" re-entered into the earth over the South Pacific coast and crashed near Tahiti on early Monday (Beijing Time).

According to Mail Online, the spacecraft reentered the earth's atmosphere at around 8:15 in the morning (00:15GMT) and the most of its part had burnt in the atmosphere before it hit the earth. 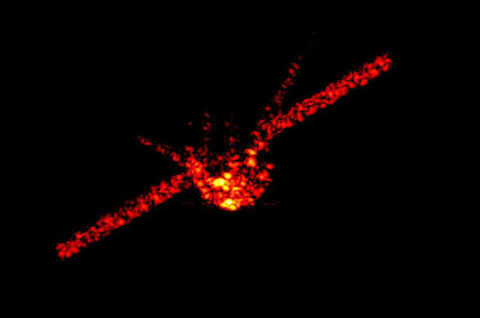 The China Manned, Space Engineering Office, had said before that the remainings of the craft were expected to fall off the Brazilian coast in the South Atlantic near Sao Paulo and Rio de Janerio.

China's space authority said on Sunday that the craft will attain its speed of nearly 17,000 mph and its fiery disintegration would offer a 'splendid' show like a meteor shower.

Scientists had predicted that it could have come back to Earth somewhere between 43 degrees north and 43 degrees south, which covers most of the part of China, Africa, Australia, United States, and Southern Europe. 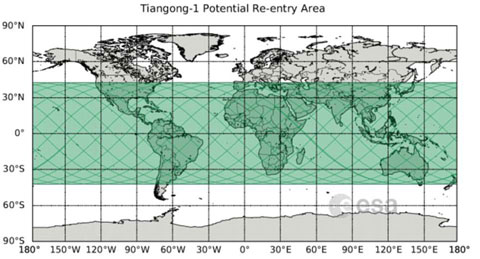 Astronomer Jonathan McDowell of the Havard-Smithsonian Center for Astrophysics took to Twitter shortly before the craft reentered Earth's atmosphere saying there was the least chance of the craft hurting people.

Less than 10 minutes till the start of the four hour long TIP reentry window. Remember: 1) this thing will reenter spectacularly but it will (almost super certainly) not hurt anyone. 2) We may not know that it's come down until an hour or so after it actually has done

Meanwhile, the Aerospace Corporation had said that the chances of any one person being hit by the craft were considered less than one in a trillion.

According to the European Space Agency, the fall of the station slowed down due to the weather conditions-it was previously predicted to fall as early as midday on Saturday.