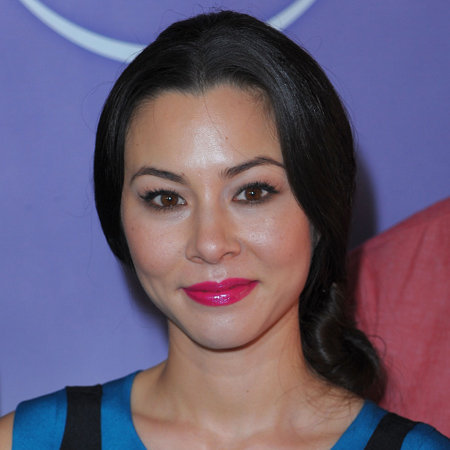 China Chow is an English actress as well as a model. She is known for her modeling works including Shiseido cosmetics, Hilfiger and Calvin Klein. She posed for Maxim and was featured in their gallery, Girls of Maxim. She was ranked #22 and #54 on the Maxim Hot 100 Women in 2000 and 2001 respectively.

Chow was named one of Harper’s Bazaar’s “It Girls” in 1996 and also appeared in the December 1996 edition of Vogue’s “The Next Best-Dressed List.”

Chow debuted in acting in 1998, starring opposite Mark Wahlberg in an American action comedy film, The Big Hit. Her other movie appearances include Head Over Heels, Spun, and Frankenfish.

China Chow was born in London, England, on April 15, 1974. She is English and is of mixed ethnic background (Chinese, Japanese, and German ancestry).

Chow is the daughter of Michael Chow and Tina Chow. Her father was a restaurateur and mother was model and designer. Her grandfather was an actor known for his performance of Peking Opera. She has a younger brother named Maximillian Chow.

Chow grew up in London and had a nice childhood with her parents and brother. Her father is of Chinese ancestry and her mother was of German and Japanese ancestry.

Her parents divorced in 1990. Her mother died in January 1992. Her father married Eva Chun that year. She has a half-sister, Asia Chow from her father’s second marriage. Her parents left London and moved to New York when she was 5 years old.

Although not much is known about her schooling time, she was very interested in acting and modeling, inspired by her mother. Her aunt, Tsai Chin is an actress and has appeared in two of the James Bond franchise: You Only Live Twice and Casino Royale as a Bond girl.

Chow was in the drama team and has performed on stage on several occasions during her high school time. After her mother passed away, her father hired a tutor who gave her some acting lessons. Her family showed support towards her dream.

After graduation, Chow studied at the Scripps College in California, where she graduated in psychology. After completing her bachelor’s level, she started as a model and also signed contracts with Shiseido cosmetics as well as Calvin Klein. This was a major boost in her career, as she started to make a career out of modeling until she thought about acting on big screens for real.

Chow became much popular in 1996 after being featured as one of “the girls” for Harper's Bazaar's "It Girls" in 1996. The same year, she appeared in Vogue magazine’s "The Next Best-Dressed List".

With such golden opportunities in her steps, Chow raised and shined very quickly and in 2000. She appeared in Maxim’s gallery of Girls of Maxim. She ranked 22nd on Maxim’s Hot 100 Women in 2000. The following year, she ranked 54th in the same category.

Chow started acting in 1998. The year, she got her first role opposite to Mark Wahlberg in an American action comedy, The Big Hit. Similarly, she appeared in American horror, Frankenfish in 2004. Also, she appeared on the first season of USA Network’s TV series, Burn Notice.

Moreover, Chow is the judge and the host of Bravo's reality competition show, Work of Art: The Next Great Artist. The show premiered on June 9, 2010. In addition, she has provided the voice to the character, Katie Zhan in the action-adventure video game, Grand Theft Auto: San Andreas.

China Chow's Net Worth And Salary

She made her acting debut opposite Mark Wahlberg in the 1998 American action-comedy, The Big Hit, which made the total gross around $27 million at the box office. She has appeared in other movies such as Head Over Heels, Spun, and Frankenfish.

Chow was named one of Harper’s Bazaar’s “It Girls” in 1996 and also appeared in the December 1996 edition of Vogue’s “The Next Best-Dressed List.”

Chow has dated famous actors, Steve Coogan and Mark Wahlberg in the past. She was once linked to actor Keanu Reeves as well. However, the news has not been confirmed to date.

Furthermore, as per notable online sources, she is dating Billy Idol, is an English musician, singer, songwriter, and actor. The couple often was seen at multiple events around Los Angeles, and they're not hiding their romance.