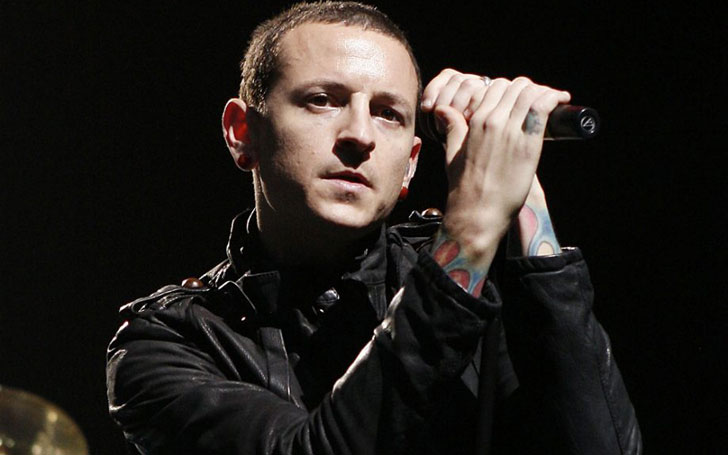 Late Linkin Park singer Chester Bennington's widow Talinda has launched a new mental health campaign on what could be his 42nd birthday, on March 20.

Talinda Bennington took to her social media on Tuesday to mark her beloved husband's birthday where she shared a photo of herself with words ''I Am The Change'' written on her hand.

HAPPY BIRTHDAY my love @ChesterBe From the day we met, you have changed me for the better. Today, I honor you. RIP BOO. Visit https://t.co/bZ2yDAq3y1 to make a pledge to know the 5 signs of emotional health??#320ChangesDirection #Iamthechange pic.twitter.com/JpeXSmfWT0

Talinda also urged her fans to visit her website to learn the ''Five Signs of Emotional Suffering.'' Bennington wrote,

Thank you for your time and attention to this request.

To honor Chester's birthday, I have decided that 320 Changes Direction will do a call to action via social media. I am asking you to promise to learn Five Signs of Emotional Suffering and the Healthy Habits of Emotional Well-being.

Bennington's bandmate Mike Shinoda also took to his Instagram to wish the ex-bandmate where he shared a snap of Bennington in concert. He wrote ''Happy birthday buddy,'' alongside the photo.

The Official Linkin Park also tributed him with few words of wishes on Instagram.

Wishing a happy birthday to our brother @ChesterBe today. In his honor, we are launching a fundraiser on our Facebook page via @musicforrelief's ONE MORE LIGHT FUND, benefiting #320ChangesDirection - Link in bio for details. Photo: @bojanhohnjecstudio

In early March, Talinda appealed her fans to support her in her new campaign, by posing for the camera with words, ''I am the change'' written on their hands. Last Friday, Talinda also wished their son, Tyler on his 12th birthday sharing how the young boy ''turned toward light and love,'' after his father's tragic death in July.

On July 20, 2017, Bennington was found dead at his home near Los Angeles. He was found hanging at his home in Palos Verdes Estates, California. His death was later ruled as suicide by hanging.