Chef Katie Lee Divorced her Husband Billy Joel in June 2009. Is she in a New Relation, now? 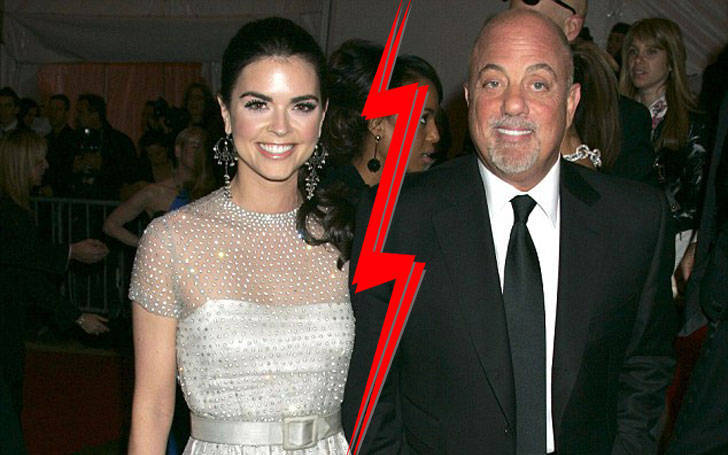 Katherine ‘Katie’ Lee is an American chef, television food critic, and author. Currently, she is hosting The Kitchen, a talk show on Food Network alongside Iron Chef Geoffrey Zakarian and Sunny Anderson.

She also anchors the Cooking Channel’s Beach Bites with Katie Lee. Katie is single now and was previously married to Billy Joel from 2004 to 2009.

Katie has gone through many ups and downs in her life like many celebrities. First, she was married to Billy Joel for five years and got separated. Then, she got involved in a serious relationship with three men and parted with them in a short time.

Now, is single now and has been searching the best man for her. The kitchen star is yet to reveal a single information which lets us know about her affairs and relationships.

Katie met Billy in the year 2003 while she was enjoying a weekend in New York. There, they encountered on the rooftop bar of The Peninsula Hotel. Later, they started dating, dated for a year and tied their knot on October 2, 2004.

The couple spent nearly five years together and decided to separate from each other due to some personal reasons. In June 2009, she filed a divorce and started living separately. After a year, their divorce was finalized by a court.

Katie met Yigal Azrouel before splitting from her former husband. Then, she became close to Yigal within a short period and started dating him. Some of the reports have also claimed that she parted from Billy because of her romantic link up with Yigal. Then, Yigal and Katie spent quality time for two years and separated.

Yigal Azrouel is a 44 years old Moroccan fashion designer who lives in America for several years. He is also the members of the council of Fashion Designers of America.

Katie Lee’s relationship with Will Arnett

After separation with Yigal, she dated Russ Crowe, an actor. Then, in 2013, she involved in a relationship with Will Arnett for two months. According to the genuine source, they were seen kissing and holding hands in a celebrity dinner. Image: Katie Lee and Will Arnett

The 46- years-old actor Will Arnett is a Canadian-American actor who is famous for his roles in the television series Arrested Development.