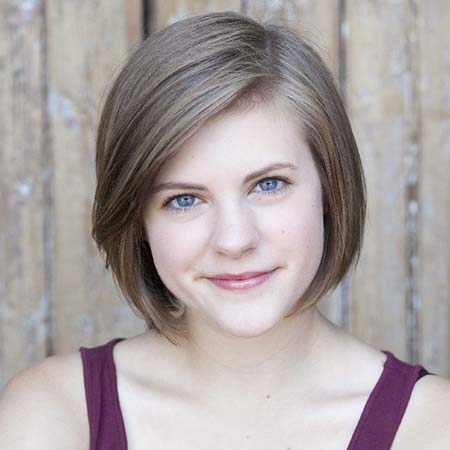 Canadian born actress, Chanelle Peloso is one of the emerging Hollywood actresses who won audiences' heart through her role on the Cartoon Network sketch comedy series Incredible Crew. She is also best known for her performance in the Cartoon Network's Level Up, R.L. Stine's The Haunting Hour, and in Lifetime's TV film Girl Fight.

Chanelle Peloso was born on January 21, 1994, in Vancouver, Canada under the birth sign Aquarius. She completed her education from the local school at British Columbia.

Peloso started her career in the entertainment industry with a Barbie commercial. Her early training in the gymnastic helped her to grab the advertisement. Later, she decided to continue her interest in acting and joined Templeton Secondary School's Theatre Temp program.

The actress made her acting debut with Cartoon Network's TV program Level Up and then starred in the Hub's R.L. Stine's The Haunting Hour. However, she came to limelight after her role in the Cartoon Network sketch comedy series Incredible Crew succeeds to won million hearts. She was cast along with Jeremy Shada, Shameik Moore, Brandon Soo Hoo, and others.

Chanelle then appeared in a number of TV series and movies such as Radio Rebel, Zapped,  The Bletchley Circle: San Francisco, Sacred Lies and No One Would Tell and others.

As of 2019, Chanelle Peloso's exact net worth has not been disclosed yet but considering her work her estimated net worth is believed to be $200k as per some online sources. On average, she earns $19.99 per hour and $50,301 per year.

Chanelle Peloso is in a romantic relationship with her longtime boyfriend, Jonathan Whitesell, a Canadian actor,  known for his appearances in The X-Files (1993), The 100 (2014) and Hold the Dark (2018).

The couple has been together since 2014 and shares a healthy relationship. They are often spotted attending parties and events together.

2 years with this guy and I couldn't be happier

Peloso is quite active on Instagram and frequently shares her personal and professional updates with her fans and followers.