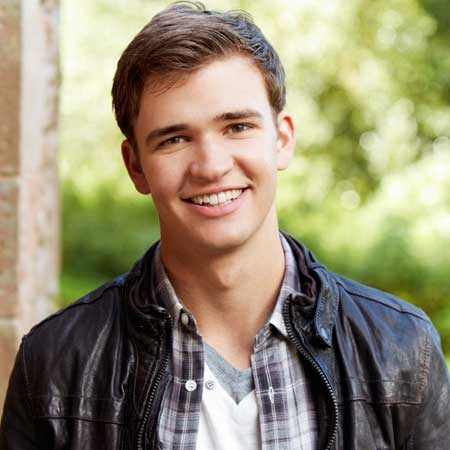 Jonathan Whitesell was born on 28th August 1991 in Vancouver Island, British Columbia, Canada.He is  Canadian, ethnically is white.Whitesell graduated from the Capilano University holding a degree in acting on screen and stage.  Growing up, Whitesell dreamt to be a part of the Canadian Military, and he enrolled at the armed forces.

Jonathan Whitesell began his acting career on the silver screen in 2015 film named 'The Unspoken.'Whitesell landed a role as Hercules in the American fairy tale television series, 'Once Upon a Time.' His role in this movie helped him a lot to become a famous and gave him the spark required to land roles in other movies.

Moreover, Whitesell is recognizable for his recognizable the numerous shows including The X-Files revival, The 100, and iZombie. He also starred in Freeform's drama series Beyond.Whitesell earned his first credit on the silver screen in 2015 for the movie The Unspoken. He also appeared alongside Michael J. Fox, star of Back to the Future who is known for the fighting Parkinson's disease.

The handsome actor Jonathan Whitesell stands at the height of 5 feet and 9 inches.He is dating Canadian actress, Chanelle Peloso who is known for her regular role on the Cartoon Network sketch comedy series, 'Incredible Crew. 'Whitesell’s girlfriend has previously played roles on Cartoon Network's Level Up, the Hub's R.L. Stine's The Haunting Hour and in Lifetime's television film Girl Fight.

Whitesell and Chanelle Peloso began dating since 2015. It has been two years, and the couple seems to be going steady with their relationship. Jonathan Whitesell has a huge net worth. His acting career has contributed a lot to make up his net worth.