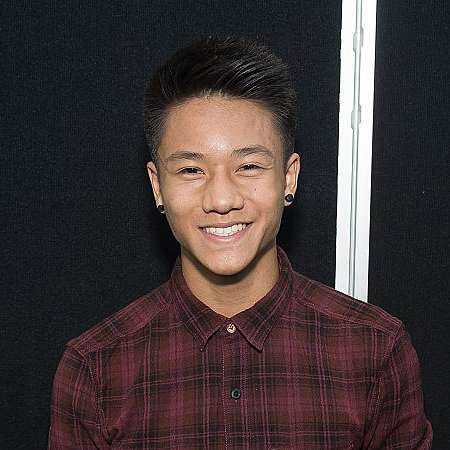 Brandon Soo Hoo is one of the quickly established young actors with great talent. He came in the light after his role in a 2008 movie Tropic Thunder. He is also better known for his work in comedy series Incredible Crew, From Dusk till Dawn: The Series, and more.

Brandon Soo Hoo is an actor who is known for portraying a double role in the 2008 film Tropic Thunder. He has also been known for his role in the comedy series Incredible Crew.

He was born on the 2nd of November, 1995, in Pasadena, California, United States of America. He graduated from the Temple City High School. He also has a sister named Brittney.

Hoo holds American Nationality and regarding her ethnicity, Hoo is mixed.

Brandon started acting at the mere age of 10 with television advertisements for various well-known brands like ExxonMobil, Land Rover, and Toys "R" Us.

He had a minor role on Sesame Street the same year and made his debut in the film fraternity with the comedy Tropic Thunder. His role led him to obtain a Young Artist Award for his performance. He was a cast in the movie along with Jack Black, Robert Downey Jr., Steve Coogan, and Jay Baruchel.

He has also been known for his appearance in the film G.I. Joe: The Rise of Cobra.

He has also appeared in the Cartoon Network comedy series Incredible Crew. Soo Hoo has acted in From Dusk till Dawn: The Series and is recently involved in providing the voice for the direct-to-video film Justice League vs. Teen Titans.

Brandon Soo Hoo has collected a good amount of money from his work in movies and TV series. According to some sources, it is believed that Hoo has a net worth of around $0.5 million, as of 2019.

Brandon surely has made his name in the acting fraternity but his personal life is still pretty well hidden from his fans. He has managed to amalgamate the interest of a huge number of fans to his personal life but it seems that he is single and focusing on improving his professional career as of now. He has never been married and has no spouse yet. He has never revealed any details in regards to his girlfriend and it seems that Soo Hoo is actually single as of now.

He will certainly be interested in dating someone from the acting fraternity as the time comes and his fans can only hope to get more insight into his personal life with the approaching time.

The height of Soo Hoo is 5' 8" (1.73 m). He has a pleasant personality. He has been actively involved also in social networking sites like Instagram and Tumblr on which he posts the details about his daily life on a frequent basis.

He is also known for his interaction with fans which makes him even more popular amongst people who like his acting skills and have been following him since he started his acting career.