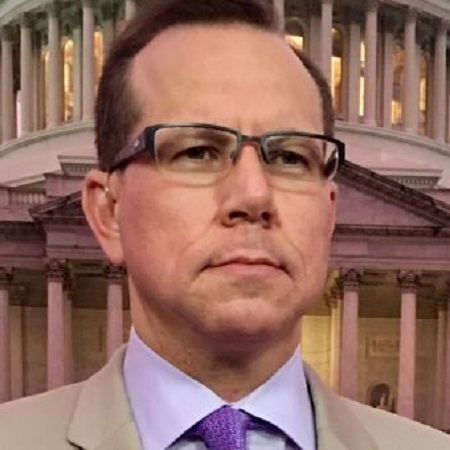 Chad Pergram is an award-winning American journalist who serves as the FOX News Channel’s congressional correspondent. The correspondent who is based out of the Washington, D.C., joined the network in September 2007.

How Old Is Chad?

Chad was born on 5th March 1969 and is currently 51 years old. He was born in Jackson, Ohio, the United States of America. His nationality is American, whereas he belongs to a White Caucasian ethnicity.

Regarding the educational background, the journalist completed his Bachelor’s Degree in Political Science from Miami University and graduated in 1991. In 1993, he graduated with a Master’s Degree in Communication from Miami.

The 51 years old journalist Chad started his professional journalism journey while he was studying high school. He started working at WKRC-Am as an intern, anchor, and reporter. Later, he joined public radio station WMUB.

Chad joined Capitol Connection as a reporter and then joined NPR in Washington as a producer and anchor newscasts. He even served as a Senate producer for C-SPAN. 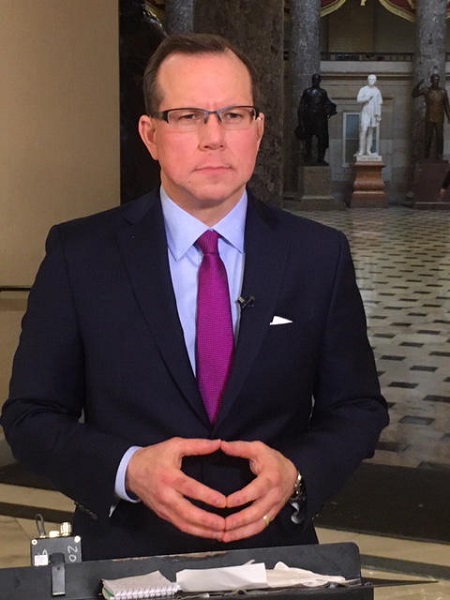 Chad joined Fox News Channel in September 2007 and is currently serving as a congressional correspondent. He also works as a Fox News Senior Producer for Capitol Hill.

Personal Life; He Is A Married Man

Chad is a married man. He is married to wife Carrie Giddins Pergram. As per sources, the lovely couple tied the knot in November 2011 after dating for a long time. They got married in a private and intimate wedding ceremony.

As of now, Chad and Carrie enjoy around eight years of long marital life with no issues of divorce or separation issues. The journalist is yet to open up his plans of welcoming children.

Digging more into his personal life, he is a huge hockey fan. He has been attending the NHL games for the last 25 years.

Chad enjoys snow skiing and, till the date, has skied to many locations like the Alps and the Canadian Rockies.

Do you know the journalist is the second-degree black belt in Tae Kwon Do?

Chad, who began his journalism career start from high school, has been working in the field for decades. The award-winning journalist is no doubt, paid a hefty paycheck.

As of 2020, Chad Pergram’s net worth is reported to be around $1.5 million, whereas earns his annual salary leis in between $91 thousand to $99 thousand.