Dog Whisperer star Cesar Milan is now an engaged man. The Mexican-American dog behaviorist revealed on Instagram that he proposed to his longtime girlfriend Jahira Dar on April 25, 2016. 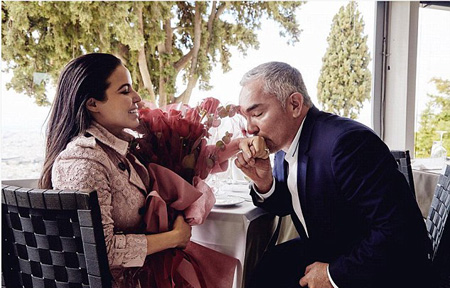 Dog Whisperer vet Cesar Millan who was previously married to Ilusión Wilson is currently engaged to Jahira Dar. Millan and Dar started dating in 2010. How is their relationship going on? Let's dig into their personal lives and find out more about this dog whisperer's personal life.

Relationship Between Cesar Millan And His Girlfriend-Turned-Fiance Jahira Dar

Forty-seven years old vet Cesar Millan and long-term girlfriend, Jahira Dar are together for seven years. Millan and Dar are totally in love with each other and they even have taken their relationship to the next level. The couple got engaged in April 2016 after dating for six years. 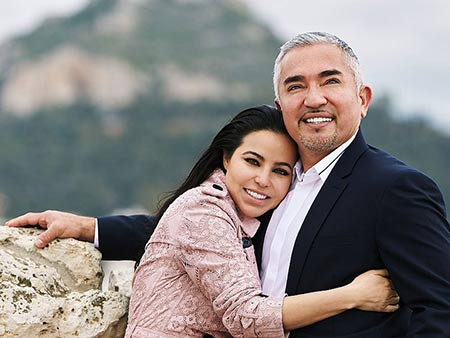 The Cesar 911 star shared his big day via his Instagram account. On his Instagram post on 25 April 2016, he shared a lovely picture of himself and his fiance Dar where he kissed Dar's hand showing the stunning engagement ring.

He captioned the picture.

"I’m so happy!!! She said yes!!! I always knew that I wanted someone to share my life with who was sweet, adventurous, honest, and loving, but I got more than that! She is beautiful inside and out, extremely supportive of my entire family and me… AND SHE LOVES DOGS!"

The PEOPLE revealed that Millian proposed his girlfriend after a dinner dated in Athens, Greece.

When They First Met And How It All Started?

Dar and Millan started dating just after Millan's ex-wife, Ilusión Millan filed divorce against him back in August 2010. He later stated that he found his love after heartbreak in an interview.

"Jahira came into my life at just the right time,"

"She was instrumental in helping me rebuild my life and my family after my divorce and break from the Dog Whisperer television show. She is compassionate, gentle, instinctual, spiritual, intelligent, fun, strong, adventurous and loving."

It has been reported that the couple first met through their mutual friends in August. After some courtships, the two started dating and gradually their love story sprouted in romance.

Even being engaged, the couple hasn't disclosed the date of their marriage. But Millan and his partner are savoring every moment they have together. As of now, the accomplished dog trainer Cesar lives in Los Angeles, California with his partner.

Why Cesar Millan and Ilusión Wilson Got divorced? Know About Their Relationship

Before dating Dar, Cesar was a married man. He was married to Ilusión Wilson. Millan and Wilson got married in 1994, in a private wedding ceremony. They were together for about six years. The pair welcomed their first son, André in 1995 and second son Calvin in 2001. 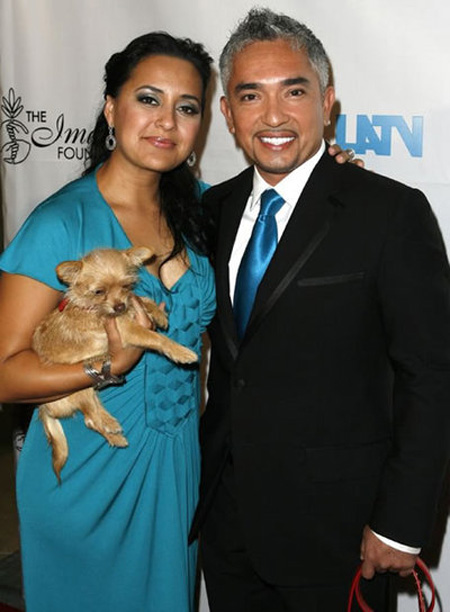 The couple separated in 2010, after six years of marriage. According to some sources, Wilson claimed for the physical custody of their children as well as spousal support and filed divorce against Millan in 2010. Their divorce was finalized in 2012.

The divorce was settled with the agreement that Millan should pay a one-time payout of $400,000. In addition, he would pay his former wife $23,000 and $10,000 per month as a spousal support and child support respectively.

Cesar Milan's net worth is $25 million at present. He has earned a huge amount of salary from his career.

Cesar Milan has worked for the TV show, Dog Whisperer, as a dog rehabilitator and authored several books in his career.

He Is Also an Elite Writer

Milan is the author of several books, including "Cesar's Way: The Natural, Everyday Guide to Understanding and Correcting Common Dog Problems" and "Be the Pack Leader: Use Cesar's Way to Transform Your Dog…and Your Life".