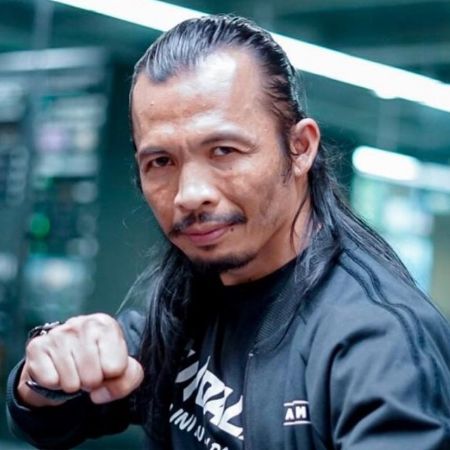 Cecep Arif Rahman is an Indonesian actor, martial arts teacher, and athlete. He came to the limelight after he appeared in the movie The Raid 2: Rascal. He made his Hollywood debut from the Star Wars franchise movie Star Wars: The Force Awakens as Kanjiklub member Crokind Shandand later worked in John Wick: Chapter 3.

Trained In Silat From The Age 8

Cocep Arif Rahman was born on 18th August 1972 in Garut, Indonesia. He belongs to the Asian ethnicity and holds an Indonesian nationality.

He was trained in martial art form Silat in his country Indonesia. His interest in martial arts leads him to join the school of Silat Cimande and later joined the University of Panglipur Garut.

Net Worth Of Cecep Arif Rahman

Rahman has been working as a teacher and actor. He has earned his net worth in a six-digit figure, but unfortunately, he has not shared his worth.

The major portion of his income is generated by being an actor. An average actor working on Star Wars gets around $100,000 to $300,000, so he also gets his salary between those amounts. 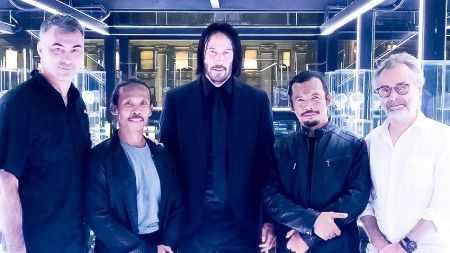 Cecep Arif Rahman with Keanu Reeves and other members of John Wick Chapter 3 SOURCE: John Wick Behind the Scene

He is also a teacher of martial art form silat, and an average salary of a martial art teacher is around $35,000 per annum.

Debuted In Hollywood From Star Wars

Cecep has debuted from the 2014 movie The Raid 2 in which he shared the screen with actor Iko Uwais. Then a year later, he got the major role in  3: Alif Lam Mim for which he worked as an actor and stunt choreographer. 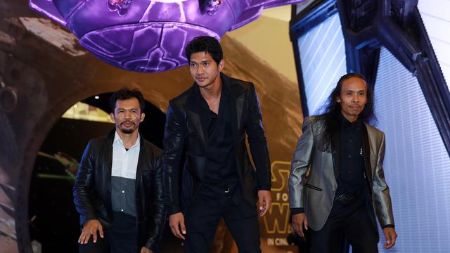 In 2015, he also appeared in the movie SkakMat. His acting and action skill gave him a chance to play a role in the film Star Wars franchise movie The Force Awakens.

In 2019, he debuted on a small screen from the television series Strike Back in one episode.  He also played as a shinobi in John Wick: Chapter 3- Parabellum.

Is Married And Has A Child

Cecep Arif Rahman is a married man and has a kid from his marriage. The actor has not shared any information regarding his wife and children.

The actor has no past relationship before marrying his wife. On social pages like Instagram, he has shared pictures of his practice of martial arts and behind the scene of the movie only.