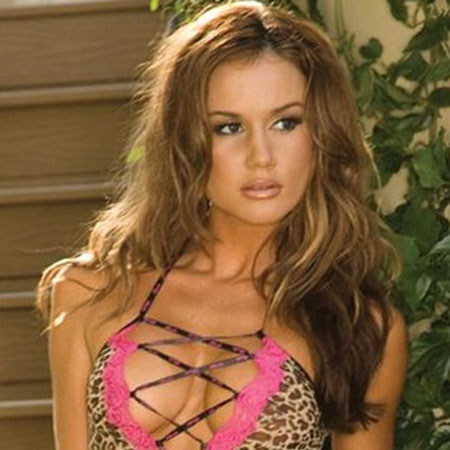 Catalina White is an actress, model, and wrestler from Lauderdale, Florida. She is the wife of  Jack Swagger, an  American professional wrestler and mixed martial artist.

She has been married to Jack Swagger since 2010. The couple shares two children; a son Knox Stribling, and a daughter Presley Pearl.

Catalina White was born on 22nd January 1986 in Fort Lauderdale, Florida, United States. She is a former model and also a wrestler. Catalina is of American nationality and belongs to the white ethnicity. As of 2021, White is 35 years old.

Catalina White attended Fort Lauderdale High School in Buffalo and completed graduation in the year 2004. Later on, she attended the University at Buffalo in NY and graduated in 2008.

In the year 2008, Catalina White made her debut in wrestling in WWE's development territory. From October 2008 to March 2009, she was signed to WWE as a Saylor James. During the contract, she fought only one time and lost to a girl from Mexico. Her ring name changed to Saylor James after White competed in the Queen of FCW Tournament.

Catalina White is also a model and she has appeared in a number of magazines including FHM, Maxim, and Complex Magazine. Her modeling skills include dance, acting, fit modeling, fashion, editorial, lingerie, spokesperson, sports, swimwear, underwear, parts modeling, fitness, lifestyle, glamor, and makeup.

Catalina was profiled as a ‘Hometown Hottie' by Maxim.com in the year 2007. The following year in March she appeared as a ‘roller girl' in the Complex magazine. She also landed a record deal in signing pop music around the same time. She posed for Maxim.com in September 2008 and began recording her album.

At the moment, she is pursuing a career in fitness & serves as a workout instructor. On her website thecatalinatechnique.com, White shares videos & provide materials focusing on weight loss as well as an e-book for healthy cooking. Notably, she created a workout equipment Cattabell.

Catalina White has never disclosed the exact net worth she owns to the public. However, some sources have estimated that the female wrestler has an estimated net worth of around $2 million at present.

She has not also disclosed her salary but according to work.chron.com, a female wrestler makes around $47,000 per year.

Her husband & wrestler Jack Swagger has a $3 million net worth in 2021.

The couple began dating in 2009 soon after Catalina was released from WWE. They share 2 children together, a son named Knox Stribling Hager (born on 17th October 2011) and a daughter Presley Pearl.

Shane’s World Released a Sex Tape of Her

In 2009, adult film company Shane’s World released a sex tape of Catalina White. Following the release of her adult film, she released a statement on her official website, www.CatalinaWhiteLive.com. She furiously said that she was betrayed by someone who has sold the tape to Shane's World without her consent.

I would like to address to my friends and fans about the video Shane's World is releasing of me. I am in NO way endorsing, promoting, and/or happy about the release of a sex tape they have bought from me! I have been betrayed by someone who has sold the tape without my knowledge! Shane's World has stolen my identity by creating websites such as Myspace, Facebook, Twitter, etc. without my consent! They waited until I gained notoriety with the WWE to release the tape and are now tarnishing my name! I am sorry to my friends and family that this has upset’.