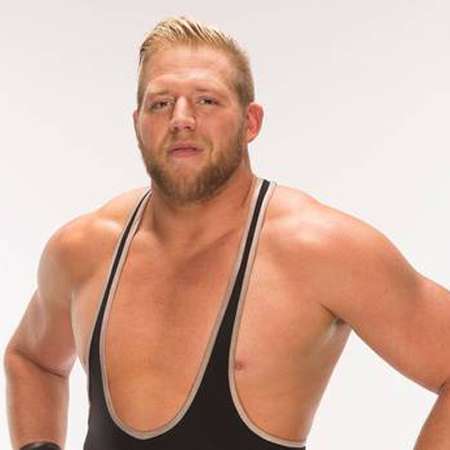 Jack Swagger was born as Donald Jacob "Jake" Hager Jr. on 24th March 1982 in Perry Oklahoma, United States. Jake began wrestling at the tender age of five. He spent most of his childhood wrestling with Danny Hodge’s grandson who lived a few blocks away from him. Jake is of white ethnicity. He played football as well as wrestled while in high school.

Jack got his Alma mater from the University of Oklahoma. Jake was a two-sport athlete in high school. He competed in wrestling and American football. Jake was also class president as a sophomore and junior. He was ranked at number 5-215-pounder by Wrestling USA in 1999. He was the second-string defensive tackle. However, he planned to fully focus on making a career out of wrestling. During his junior year, Jake was introduced to Jim Ross, World Wrestling Entertainment (WWE)'s Head of Talent Relations at that time. Soon enough after his graduation, Jake contacted Ross and then began his professional wrestling career. He went on to graduate with a degree in finance. He also worked in a firm in Dallas, Texas. In 2006, Jake had a WWE tryout in Deep South Wrestling. In August 2007 Jake was reassigned to Florida Championship Wrestling (FCW). Finally on September 9, 2008, Jake went on to make his debut on the ECW brand under the ring name Jack Swagger. He lost the ECW 1championship at Backlash. However, he went on to regain it. He has till date won FCW Florida Heavyweight Championship once, FCW Southern Heavyweight Championship once, ECW Championship, World Heavyweight Championship, WWE United States Championship, Money in the Bank and Bragging Rights Trophy in 2010.

Jack is reluctant on speaking about his private life in front of the media. Not much is known about his personal life to the tabloids. He has not had many girlfriends in the past and is not seen with many till date. He married Catalina White in December 2010.The couple had their first son named Knox Sterling on October 17, 2011. They went on to have their second child, a daughter named Presley Pearl on May 18, 2015. There have not been many rumors till date about extra marital affair from either of the parties. However, there have been a few reported disputes. Jack is living happily with his spouse and children in Tampa, Florida, United States. All in all, Swagger has been able to keep his family happy.

Swagger is currently 33 years old stands tall at the height of 6 feet 7 inches. His weight is 125 Kgs. Swagger’s net worth is estimated to be a total of $1.5 million. His annual salary is reported to be $275000. Swagger has won the hearts of many of his fans with his skills and his successful wrestling career. The bio of Jack Swagger can be found on various social media sites.