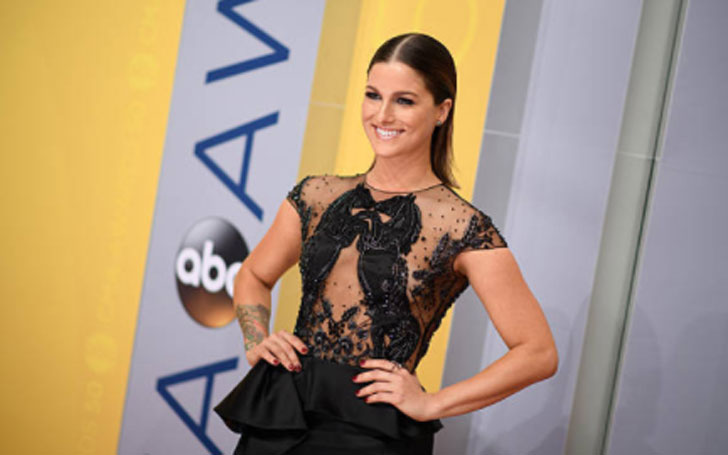 The Voice winner Cassadee Pope has found a new love. After her breakup with fiance and boyfriend of seven years, Rian Dawson, Pope has moved on and is dating Nashville's, Sam Palladio.

After dating for about five months, Cassadee Pope opened up about her new love, Sam Palladio.

The couple first met at a CMA Awards afterparty a year ago. The duo,  however, didn't rush for dating until December of last year. 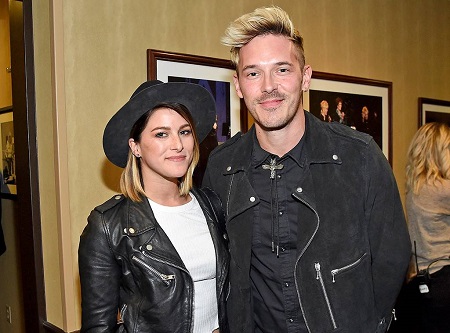 Opening about her Nashville star beau, the 28-year-old singer said their relationship is "super easy breezy." She said to Taste of Country:

"We met a long time ago — I think it was at a CMA afterparty — and it was like a hi-bye, never saw him again, never hung out. And then, gosh I think it was December of last year,"

"We decided to take our dogs to the dog park … and we hit it off! For now — I don't know, it's still new." "I think the original idea [for the date] was his and then I was like, ‘How about tomorrow?' "

Pope disclosed about her romance with her musician and actor beau via her Instagram post on 25 March sharing a cozy snap at Maren Morris and Ryan Hurd‘s wedding.

"Watched my two buds get married yesterday. My heart is so full for you @marenmorris & @ryanhurd! Also, I’ll pay you later for being my date, @sampalladio."

Pope most recently released her new single Take You Home.

Previously, Pope was engaged to All Time Low drummer Rian Dawson.  The former couple started dating in 2010, and they got engaged in last February. 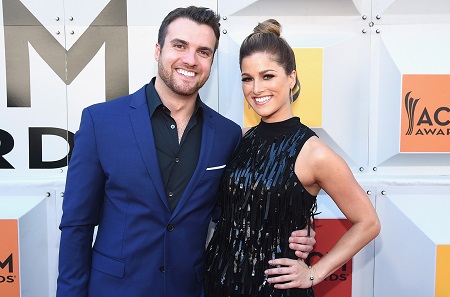 The engagement, however, didn't lead to the wedding as Pope and Dawson called it quits five months later.

A source close to the couple said at the time:

“They have amicably ended their relationship, but remain friends, supportive of each others’ careers, and maintain the utmost respect for one another,"

Rain is possibly single at the moment, whereas Cassadee seems pretty serious about her relationship with Sam.