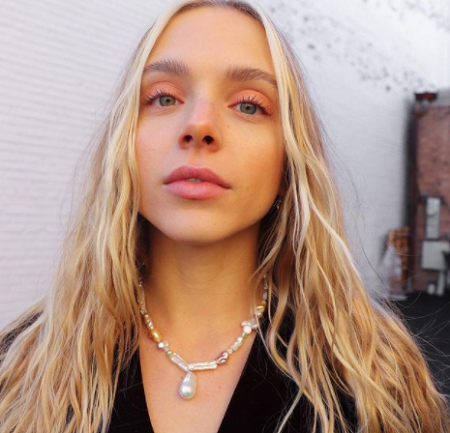 Casimere Jollette, an American actress who saw her career transition from a ballerina to commercials before on-screen prominence. Turned professional in 2012, Jollette saw wide TV recognition through Guidance (2015) and East Los High (2016), before her notable TV credit in Tiny Pretty Things (2020, 10 episodes). The Chicago native was discovered any an acting coach in her early teens and landed into an on-screen career that records 15 acting credits.

An American by nationality, Casimere has French, Lithuanian, and Italian ancestry. Her father Ralph Jollette, a mechanical engineer is also the founder of Nature’s Appeal Mfg. Corporation. Cash's mother Carolyn Caruso Jollette works as an interior designer and a writer, who co-authored the book named ‘Missing from the Sidelines: The Untold Stories of the Chicago Honey Bears NFL Cheerleaders'.

Early Career As A Ballerina And Commercial Model

At the age of 3, Jollette began dancing and by the time, she turned 7, the Chicago native began modeling as Ford Models. In 2008, then-12 years old Casimere decided to pursue a career as a professional ballerina and trained under Ballet Mistress, Sherry Moray; moreover, at that time she was also performing in The Joffrey Ballet (in Chicago) and American Ballet Theatre (in NYC). 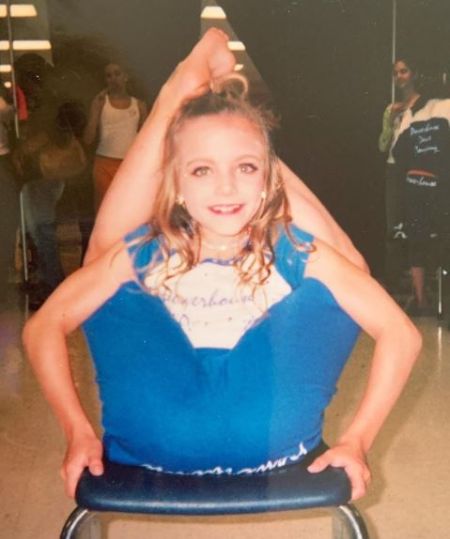 As a result of traveling back & forth (Chicago and New York), it did cost her high school days, so she opted for an online school. Having competed at contemporary division in Youth American Grand Prix, Casimere finished in the Top 12 from 2011 to 2013, before winning the trophy in 2014.

Back in the days when Caismere Jollette was in her early teenage, an acting coach, Lisa Morgan discovered her, while renting Jollette's mom's dance studio. Then in 2012 (at 16), Jollette made her on-screen debut through the short film Sweet 16.

Following guest appearances in Chicago P.D (2014) and Flhaunt (2015), she gained TV recognition as Linz in Guidance (2015, 6 episodes). Shortly after turning 19, she moved permanently to Los Angeles and began working in TV series as well as commercials. 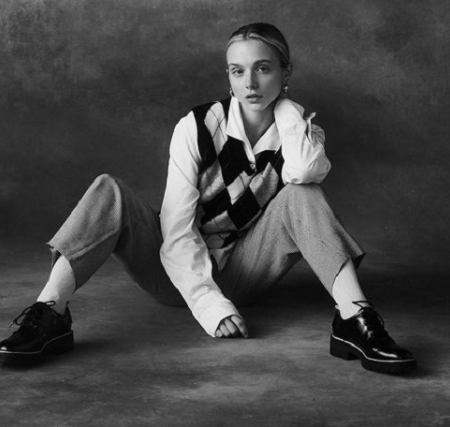 In 2016, the American actress starred as a guest cast in East Los High  (6 episodes) featuring Danielle Vega, Gabriel Chavarria, Alicia Sixtos, and Vannessa Vasquez. Then in 2017, she landed in the T-Mobile commercial that followed her other commercial appearances in SK-II cosmetics, Jockey underwear as well as dance campaigns for Google and Apple.

Did you know? She worked in the 2014 film Divergent and was guest-cast in the TV series This Is Us (2019), but was uncredited for the role.

An avid user of Instagram (@casimere), Casimere has over 253K followers, where she often updates fans about her professional as well as personal life. Though, it does lack disclosure on her relationship status.

Even though Jollette is seen sharing adorable snaps with her Tiny Pretty Things co-star Brennan Clost, they are yet to comment if they are dating actually. Their cozy photos together often led fans to a s sume if the duo is in a relationship. CAPTION: Casimere Jollette and her Tiny Pretty Things co-star Brennan are alleged to be dating but are not official about relationship SOURCE: [email protected]

Moreover, she often pictures with her another co-star Alexander Eling and captioned him as 'My Valentine' in February 2020. Probably, she is good friends with both actors (Brennan and Alexander), though the captions are quite misleading- a trait of Hollywood it seems.

No records of her past relationships or ex-boyfriend are out at the moment.

Professional for nearly a decade, Casimere Jollette indeed earned quite a considerable sum along with fame- thanks to her career as an actress and ballet dancer. Online sources estimate that she has a $500,000 net worth as of January 2021. Allegedly, she pocketed tens of thousand dollars per episode from the TV series Pretty Little Things.

On average, a ballet dancer in the United States earns $32,392 per year, while an actor can sum up to $57,000 annually. The pay can deliberately rise depending on the project & experience.

Yes, aside from being a promising TV actress, Casimere is also a ballet dancer. She trained as a ballerina by 12 and even more, won the contemporary division in Youth American Grand Prix in 2014.

Regarding her relationship status, Jollete is pretty low-key but often shares snap with her co-star Brennan Clost on her Instagram, leading to a s sumptions if they are dating. Though, none of them made any official confirmation about their relationship. Some online sources a s sume that Casimere is a good friend of Brennan and is single at the moment.