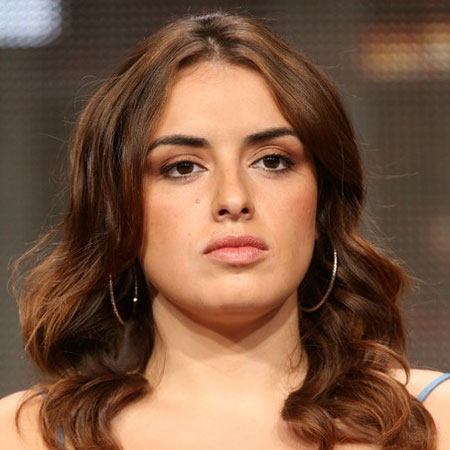 Vanessa Vasquez is a television actress. She is well known for her portrayal of the character, Camila Barrios on the Hulu original series East Los High. She made her first major film appearance in 2014's Misfire. She started her career after working with singer-songwriter, Frankie J on the reggaeton mix of his Billboard Hot 100 hit Obsessions (No Es Amor).

Vanessa Vasquez was born on December 21, 1983, in Galveston, Taxes, United States of America. Her family emigrated from Monterrey, Mexico. But she was raised up in a small town of Richmond, Texas surrounding Houston, Taxes.

Until the age of 10, Vanessa was raised by her single mother and grandmother. She began acting at the age of 6 and performed skits for her family. She moved to the Eastern side of town into Sugar Land, TX. after her mother got married to a new man.

Vanessa read for the role of Becky in the play The Adventures of Tom Sawyer while she was studying in sixth grade. She was brought up by her stepfather and mother until the age of 18. At the same year, she moved to Mexico to find her biological father.

Vasquez is also a first member in her family, who attend a college. She moved on to study theater and psychology at the University of Houston even her dreams were in Hollywood. From the University, she graduated with a B.A. in social sciences and liberal arts.

Vanessa finally moved to Hollywood to pursue a career as an actress.

Vanessa Vasquez began her career after working with singer-songwriter Frankie J  on the reggaeton mix of his Billboard Hot 100 hit Obsessions (No Es Amor). She then appeared in the independent horror and thriller film Sorrow.

33 years old Vanessa Vasquez is an unmarried woman. She has very successfully maintained her personal life and has kept it secret and away from the limelight of her heightening stardom. Even though she has appeared in several interviews and big events, she has never talked about her dating, boyfriend, and love affairs.

Other than that, Vanessa is more active on social networking sites like Instagram and Twitter. She has a dog. Besides, she is also fluent in Spanish.

Vanessa Vasquez has earned a good amount of net worth from her acting career, which is believed to be more than $1 million. She looks very stunning with her brown colored hair and brown colored eye. She has a perfect figure with her body measurement of 33-22-33 inch.