Carole Radziwill and Adam Kenworthy Seperated after several Dating and Relationship,Know the Reason 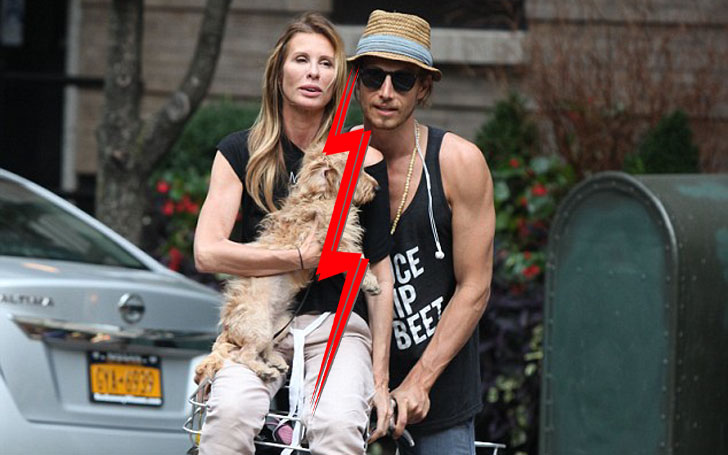 The 53 years old journalist and TV personality Carole Radzil is best known for her roles in the Real Housewives of New York. This time she is highlighting in the media because of her complicated love life.

According to various sources, she recently broke up with her long time boyfriend Adam Kenthworth. Are they really breaking up? Stay with us to know more about her relationship.

Carole Radziwill and Adam Kenworthy, are they really Departing? Know the reasons

Carole Radziwill was in a long term relationship with the 32 years old Cheif Adam Kenthworth but now it seems their romance has taken a new turn. After having an affair for 2 long years it looks like the pair is shacking up.

The rumors of their split started when Kenthworth decided to shift on a new apartment while the couple used to live together, the rumor was even more suspicious when the 53 years old actress unfollowed her boyfriend on Instagram. This made everyone to believe that something is wrong with them.

Though none of them have revealed about their break up officially, may be they don't want to end their relationship. According to UsWeekly: 'They are still friends. They aren't as close as they used to be. Rather confusingly the source added: 'They didn't quite break up. They are still together all the time'.

Is that a gun or are you happy to see me?

A source said, “They took a step back over the summer and are giving each other space after living together. They still spend a lot of time together, and will always be in each other.

Well, Caroline has lists of celebrities in her dating history, one of her ex-boyfriends is George Clooney. Though there isn't a lot of information about their relationship, Carole said in another episode, "We dated a million years ago … we dated, literally, during the Eisenhower.

Carole with her ex-boyfriend George Clooney

Clooney isn't the only actor who Carole has dated. Apparently, she had a summer romance with Ralph Fiennes.

RELATED: Amal Clooney in a Sheer Gown On a Date Night with George Clooney Two Months After Their Twins' Birth

Russ Irwin is a singer, songwriter, and producer who has put out his own music in addition to working with Aerosmith, Foreigner, Meatloaf, Stone Temple Pilots, and Clay Aiken. The couple ended up after dating for two long years.

Caroline with her ex-boyfriend Russ Irwin

Last but not least, the name is finally on the list, Anthony Radziwill Without him, we wouldn't be able to call her Radzi. Through her marriage to the now deceased Anthony Radziwill, we can also call Carole a princess as her husband was the prince of Poland.