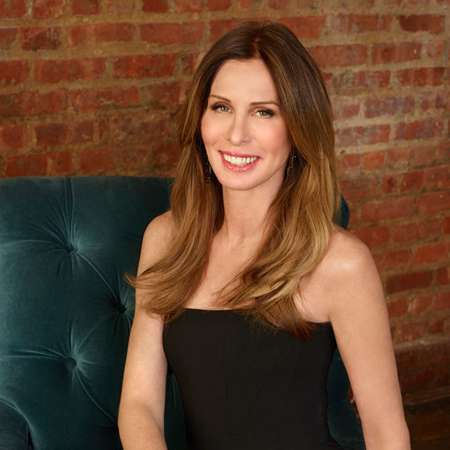 Carole Radziwill is a television personality, journalist and author known best for appearing as a housewife on the reality television series, The Real Housewives of New York City. She was previously signed in to the ABC in New York for which she has obtained several awards. She was born on 20th August 1963 in Suffern, New York.

Born as Carole Ann Difalco, she obtained her B.A. degree from the Hunter College. She obtained her M.B.A. from the New York University and began her career at the ABC in 1986 as an intern. She was assigned the post of a production secretary next, on Close Up. She then went on to work for the documentary unit and covered stories related to foreign policy, in Haiti, India, and Cambodia. She also covered the SCUD missile attacks from Israel and spent six weeks in Kandahar for reporting the War on Afghanistan. Owing to her work, she has won several awards like the Peabody, and three Emmys.

Carole Radziwill left ABC news and wrote a memoir named What Remains: A Memoir of Fate, Friendship and Love which made into the New York Times Best Seller List. She has been signed in with the Glamour Magazine to write a monthly column called Lunch Date since 2006. Her dates have included Antonio Banderas, Alec Baldwin, Rachel Weisz as well as Rudy Giuliani. She joined the cast of Bravo TV’s The Real Housewives of New York City in the 5th season.

Carole Radziwill's Net Worth And Salary

Carole Radziwill has accumulated a whopping net worth of $50 million. Her salary per episode, however, has not been disclosed.

The TV personality has also authorized a number of books like What Remains: A Memoir of Fate, Friendship and Love and The Widow's Guide to Sex and Dating.

As far as her personal life is concerned, Carole Radziwill is once a married woman. She fell in love with the ABC News Producer Anthony Radziwill after they met at the ABC where both of them were the employee. The love turned into marriage and the couple got married on August 27, 1994. The marriage ceremony took place in East Hampton, New York. Her spouse was the only son of Lee Bouvier and Prince Stanislas Radziwilli of Poland thus giving her the title of princess.

Anthony was diagnosed with cancer in 1994 and he died at the age of forty in 1999 due to this. After his death, Carole left ABC. Radziwill was also in a long relationship with chef Adam Kenworthy. The couple started dating in the year 2014 and dated before announcing their split in 2017.  Despite their crazy age gap, the two seemed perfect together but could not be the long last.

This has proved to be a major problem for them and the relationship has been scrutinized by the media. The Real Housewives of New York City co-star LuAnn De Lesseps also publicly scrutinized the affair but the couple seems to be going strong still. They met on the show when Adam was working as a chef for LuAnn.

The reality television personality is no probably a single.