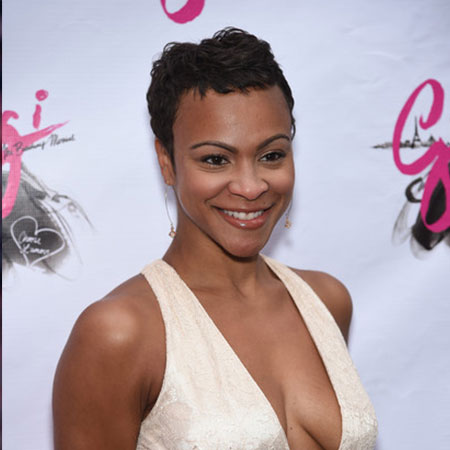 Carly Hughes is an American actor, singer and physical fitness enthusiast. Her acting earned her several roles in theater including eight Broadway shows. Some of her Broadway credits are The Book of Mormon, Ghost, Ragtime, Putnam Country Spelling Bee and The Grinch. She has given more than 15 years of her life in regional theaters.

Carly Hughes was born on October 1st in St. Louis, Missouri, the USA under the zodiac sign of Libra which defines her personality as a kind, gentle and lovers of beauty, harmony, and peace. She holds an American nationality and she belongs to mixed ethnicity; African-American.

Born in St. Louis, Hughes was moved to Columbia, Maryland as a child and spent the rest of her childhood there with her parents. She graduated from Wilde Lake High School in 2000. She relocated to New York City after the completion of her high school education in order to study arts and she received a degree of B.F.A in musical theater.

Hughes went to New York City pursuing a career in acting. Within a short time, she made a good reputation as an actress which helped her to earn eight Broadway shows. Because of her outstanding acting skills, she soon established herself as a recognizable talent both on and off the stage.

She played the role of Georgia Brown in the Encores revival of Cabin in the sky. In Broadway, she played Velma Kelly in Chicago, The Leading Player in Pippin, and as Lucille/Shirley of the Shirelles in Beautiful. Some of her eight Broadway credits are The Book of Mormon, Ghost, Ragtime, Putnam Country Spelling Bee and The Grinch.

Carly has been playing a variety of shows at regional theaters across the USA for about 14 years. Not only acting, but she was also a singer. Her sweet voice can be heard in almost every song in the Ahrens & Flaherty movie musical, Lucky Stiff.

Carly Hughes is a successful actress who has worked in a number of television series and films from which she has earned a decent amount of money. But her net worth has not been revealed yet. According to the sources, the average salary of a Broadway actor is $1,605 per week where an experienced actor gets about $4,000 to $10,000 per week.

Sometimes when it's really hot outside, I get home and stand in front of the AC and lift my shirt up... This is kind of like the same thing right? But with a dog? #momsnewpuppy #jersey #cutiepie #iwantone

Hughes has kept the information regarding her net worth and income a secret for so long. Despite the fact that she has been working in the entertainment industry for over a decade, her incomes and net worth is still a mystery.

Carly Hughes who spent about 15 years in theatre lives a low profile life. She has kept her personal life relationship status a secret. However, she is known to be in a happy relationship with her boyfriend, Rory Cook.

Once, there were some rumors about Carly's sexuality as she was called a lesbian by some online media, however, she didn't address those rumors which ultimately faded away after she revealed her affair with Cook.

You May Also Like: Ken Berry, Burak Ozcivit, Geoff Ramsey and Keanu Reeves

In a video shown below, Carly Hughes can be seen dancing in a Boardway song.