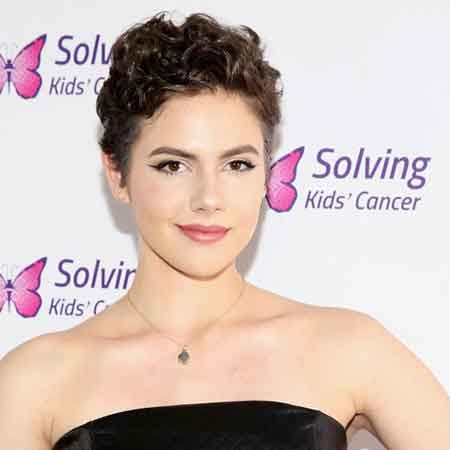 The talented singer Calysta Bevier got her share of the limelight after the 4-minute clip of her singing Rachel Platten's hit track Fight Song got viral and gained thousands of views. She was then called on the Ellen show in 2015 and later on competed in the season 11 of America's Got Talent. In the show, she managed to last till the semi-finals.

Calysta Bevier was born to parents Missy Mason Bevier and Adam Bevier on September 17, 1999, in Bowling Green, Northwest Ohio. Her mother Missy is a manager while her father Adam is a firefighter. He grew up in different homes with his younger siblings Gavin, Adam, and Lavanya. At the age of three, her parents discovered her passion for entertaining other people and growing up continued it.

Bevie attended Otsego High School and during her time there was a member of the cheerleading team. Bevier is a talented kid and won various talent competitions in her school.

Bevie was diagnosed with stage 3 ovarian cancer at the age of 15 and was treated at the ProMedica Toledo Children's Hospital. After removing the tumor that had grown in her body and by doing multiple procedures she finally recovered from it in August 2015.

Calysta Bevier got a taste of stardom after the 4-minute clip of her singing Rachel Platten's hit track Fight Song got viral and gained thousands of views. She was invited at a fundraiser event held by a cancer patient's family where she sang the song and her father uploaded it in the social media site.

It was on September 29, 2015, when she became an internet sensation and got noticed by various huge personalities including Ellen DeGeneres.

Two months after her video started to get viral, she was called in the Ellen Show and even got to meet the original Fight Song singer, Rachel Platten. Bevier was living a dream that time and sang a duet with the singer.

Her appearance of the Ellen show gave her exposure and she landed on getting many singing opportunities later on. After that, she went on to participate in America's Got Talent season 11 where she earned a Golden Buzzer by the main judge Simon Cowell and got a pass to enter straight to the live shows.

CAPTION: Calysta Bevier in the audition round of America's Got Talent season 11. SOURCE: Irish mirror

However, she didn't win but the exposure she got from the show landed her in a contract with a top management company named Primary Wave Entertainment.

She is working with musical geniuses like Bonnie McKee and Joe Garrett. Bevier is currently working on her own music. She got to share the stage with famous personalities like Kevin Hart, T-Pain and John Legend.

Calysta Bevier's Net Worth And Earnings

The talented singer Calysta Bevier at such a  young age has grabbed huge attention as well as earned a considerable amount of money. According to some online sources, her net worth is estimated to be over $0.4 million, as of 2019. Her major source of earning is from her musical career and by appearing in many events.

Calysta Bevier is yet to be married but is dating a guy named Sam Corchado. The couple is quite open about their relationship as they share a lot of pictures of them together in their respective social media handles. He has around 1.6k followers on his Instagram as of October 2018 and looks like he is into photography. However, there is no information as to when they started dating.

Bevie is a fun loving and positive musician who spreads happiness wherever she goes. The singer believes in spreading love and smile. She actively takes part in cancer-fighting awareness programs to raise funds for cancer patients.

Bevie is very popular on social media and has around 89k followers on her Instagram and 38.1k followers on Twitter as of Dec 2018.

The singer was diagnosed with stage 3 ovarian cancer in the summer of 2015. For two months, Bevier stayed at the ProMedica Toledo Children’s Hospital where she received chemotherapy treatment. And in August 2015, her cancer went into remission. She also helps the patients to build hope in them and has been a major part of the 2017 Philly Fights Cancer Event.

Here is a video of an interview with Calysta Bevier at We are LA Music Festival.