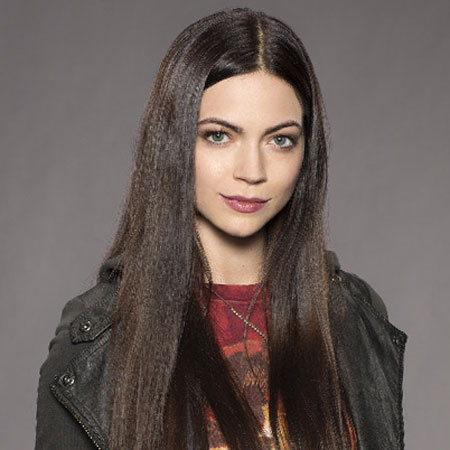 Caitlin Carver is an American actress and dancer, recognized for her portraying as Becca Arrington in the movie Paper Towns in 2015. She also appears on television on recurring roles in Hit the Floor and The Forest.

Caitlin Carver was born on 31 May 1992, to her mother Michelle Henderson. Carver attended Sparkman High School located in Harvest, Alabama, from where she graduated in the year 2010. She is white in ethnicity and belongs to American Nationality.

At her very small age of 2 years, Carver began dancing finally, she started a theater in high school. Before her career came into limelight, Carver performed as a background dancer with several popular recording artists in the music industry including Pitbull, Beyonce, Ne-Yo.

Before she entered into the film industry, Caitlin Carver appeared as a dancer in various television series such as Glee, Nashville, Park, and Recreation and in VH1 cheerleader soapy drama "Hit The Floor" in a recurring role also.

Later in 2014, Carver began appearing for guest roles in Twisted, Southland and Stalker. She was also cast in the recurring role as Hayley Heinz in the ABC Family drama series The Fosters.

Caitlin also appeared as Lacey Briggs in ABC prime time television soap opera Blood and Oil with Don Johnson, Amber Valetta, and Scoot Michael Fosters, however, after the pilot was picked up the series which made ABC recast her part.

Recently, Carver was seen as Michelle Geiss, a role of a beautiful and aspiring photographer who is both talented and intellectual in the ABC television pilot Model Women.

Caitlin Carver is in a relationship with her boyfriend Mike Mo Capaldi, a professional skateboarder. The couple has been dating each other for more than a year.

Since they have been in an affair, they are spending their time very happily. The couple is seen spending time by traveling, in coffee shops many times.She is not married yet.

Besides her personal info, Carver loves spending time with her friends and siblings on long vacations and traveling too.

An American actress and professional dancer recognized by a huge number people, she earns a huge amount of money through her acting and dancing career.